2020 has Been Horrible, but It Could have Been Worse

The year 2020 has been horrible — but it could have been worse. Approximately one-tenth of 1% of the population of the U.S. has died as a result of the COVID-19 virus — which is a great tragedy — but by historical standards it is barely measurable. 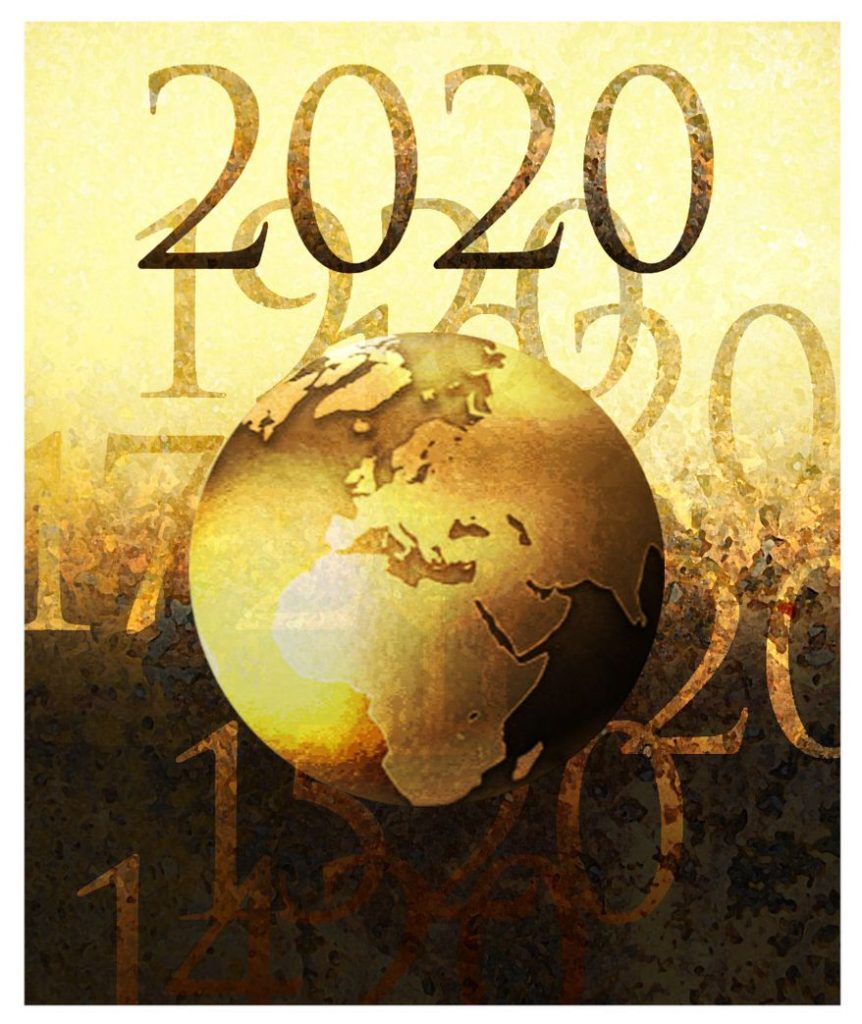 During the Black Death in Europe peaking in 1347-51, it is estimated that the number of deaths was between 75 million and 200 million — killing a third to two-thirds of Europe’s population at the time. Smaller but recurring plagues continued to haunt Europe from the 14th through the 17th centuries. The Spanish Flu pandemic of 1918 is estimated to have killed approximately 675,000 Americans — about eight-tenths of 1% of the population at the time — which means that it was about 8 times more lethal than COVID-19.

What is truly remarkable is that vaccines have now been developed and are being used in less than one-year, which most experts said was impossible. Not only has medical science advanced at an amazing rate — but the normal slow walk government bureaucracy was up-ended during operation “Warp Speed” to get it done.

(Say what you may about President Trump, but he has a record of accomplishing things on time or early … from the Wollman skating rink in New York’s Central Park to the COVID-19 vaccine. It is unlikely that any other president would have successfully pressured the bureaucracy to get the job done as speedily and, as a result, tens-of-thousands of lives have probably been saved.)

A couple of years ago, a friend who is both an MD and bio-chemist told me that he thought the biological sciences had finally entered the realm of Moore’s Law. (Moore’s Law refers to an insight that Gordon Moore had back in 1965 that the number of transistors in a dense integrated circuit doubles about every two years — that is, computer chips get faster and more powerful at an increasing rate — whose limit has not yet been reached.)

The increases in computer power have enabled physicists to do things that were viewed as near impossible. Elon Musk — a physicist and visionary — has created companies that are routinely doing things that people had said could not be done. His SpaceX company had 26 successful launches to put satellites into space in 2020 — including some that placed as many as 60 individual satellites into designated slots at one time — as part of his effort to provide a global, direct Internet service. In 23 launches, SpaceX brought back the booster rockets which are being reused multiple times, greatly reducing cost.

You may have noticed there was no mass famine anyplace in the world in 2020, despite the world population being at a record high. Famines used to be common. Almost all famines in recent years have been caused by evil and corrupt governments like the Darfur famine in Sudan, not because of a lack of ability to grow adequate food for the world. There is a world food surplus. The reason that anyone goes hungry is a problem of distribution, not production.

The people who have saved billions of lives are the mechanical engineers who designed and built the amazing machines that plant, tend and harvest our crops; the plant and animal geneticists who have modified seeds to give us much higher yielding and more nutritious food plants and farm animals; and the chemists who developed fertilizers and pesticides, all of whom eliminated famines and greatly reduced the cost of food. Last year, the average American farmer produced enough food to feed 166 people, up from 26 in 1960, and perhaps three to five people in 1800.

There is no reason to expect the rate of technological advance to slow down. What this means is that agricultural productivity will continue to increase with farmers using robots to maintain the fields and harvest the crops as seeds, fertilizers and pesticides become better and more precise in their application. All of this means food will continue to become less expensive and better.

The rate of progress in the medical sciences will continue to accelerate with more cures for diseases, such as cancers and other problems, and even reversing aging.

What is holding back progress is the ignorance of the population, due to educational bureaucracy often more interested in indoctrination than real education, and the political class that feed off that ignorance. In time, it will become clear that locking down most of the population that was at little risk from COVID-19 (those under 65 with few serious conditions) was far more costly in terms of lives lost, and incomes and freedoms destroyed, than beneficial.

Foolish actions by politicians of putting infected patients in nursing homes with high-risk individuals in the name of political correctness was criminally stupid.

Too few are taught to think in terms of costs and benefits of any action, and too few have a grasp of probabilities of various events. Many of the things that are said or done in the name of political correctness would never be considered if the advocates and others were not so ignorant of history and science.