“In France, everything is denied except what is permitted. In the U.S., everything is permitted except what is denied.” Neither statement is entirely true, of course, but the ability of individuals to take care of themselves when government fails does vary considerably from place to place. The ability to seek out non-governmental alternatives, when government fails, provides a check and safety valve on government, normally leading to more social stability. The U.S. Constitution gave the federal government a very short list of enumerated powers, leaving everything else up to the “states or the people.”

Over the decades, the government has become increasingly intrusive, and individual liberties have declined largely as a result of the growth of “independent” government agencies which have become law, judge and jury unto themselves. Former general counsel of the U.S. Treasury and a senior fellow at AEI, Peter J. Wallison, has written an outstanding book, “Judicial Fortitude,” on the problem and solutions, which is well worth reading.

Historically, when government has failed them, individuals have opted-out legally or illegally. The failures of the public schools are somewhat offset by the existence of private schools.

The Veterans Administration was America’s big experiment with socialized medicine — and an ongoing failure for decades. The Trump administration finally made it legal for veterans to go to private facilities and then bill the VA when they could not get timely and quality treatment from the VA. Most countries that have some sort of national health insurance (the U.K., for example), have a parallel private system which acts as the safety valve for those willing to pay for higher quality and timely treatment for their medical problems. In places where legal private safety valves are not permitted because of government failures, black markets almost always arise to fill the need.

One reason the U.S. military has the best equipment in the world is that almost all of it is made (and much of it conceived) by private companies. In contrast, many countries have government-owned-and-operated “military industries” to provide the ships, planes, etc. that the military needs. As with any socialist enterprise, the government-owned military industry model tends to provide inferior and technologically lagging products. 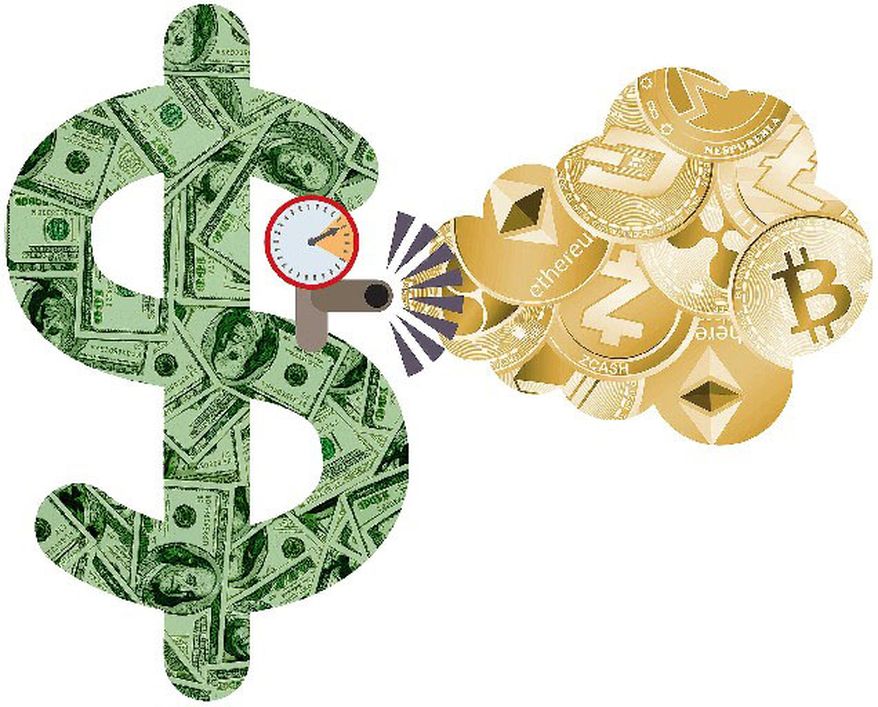 There is perhaps no more restricting activity by government than the control over defining and issuing of the money. Government monopoly monies make it much easier for the government to tax and control the people. Most governments of the world now have sold more debt than they can reasonably expect to redeem. If they try to increase taxes to pay for the eventual debt service, those so targeted will likely withdraw much of their labor and capital.

At some point, government bond buyers will go on strike and refuse to buy the bonds without much higher inflation and other risk premiums. As the cost of servicing the debt rises, other government spending programs will increasingly be squeezed and, if history is a guide, at some point, the government will throw in the towel and just issue more money in the face of rising inflation until the money meltdown occurs — at which time, savings have been destroyed and the government debt is worthless.

Facebook has created a consortium to issue a new cryptocurrency called Libra. Almost immediately, various regulators and central banks said they need to regulate it.

Now in an era where cryptocurrencies have gained a solid foothold, people will move their assets to cryptocurrencies with real backing (unlike Bitcoin). A true global, largely unregulated and untaxed economy will emerge to operate in parallel with the wreckage of the remains of the government-monopoly-money statist economies. Government employees will still be paid in government-issued currencies, despite falling real purchasing power, and taxes will be paid in those same currencies. The newly liberated private economy, operating with its own private cryptocurrencies, will suck out the oxygen necessary to create a truly free and dynamic global economy unrestrained by the foot of government on the economic windpipe.

Governments, including the U.S. government, were given the power and responsibility to create or at least oversee the development of “sound money.” The global political class abandoned its charge, and now have no one to blame for its coming loss of power. Asset-backed cryptocurrencies are the ultimate safety valve against abusive and incompetent governments.