World economic growth is slowing, and a global recession may be in the making. Rational and compassionate people look at a recession as bad news, but not wealthy “comedian” Bill Maher, who wants a recession in his belief that it would cause voters to get rid of President Trump.

A recession would cause millions of low-income people to lose their jobs and opportunity. A rich white guy thinks this is not only OK, but a sacrifice that should be made (by others) so Trump-haters like Mr. Maher can feel superior. His attitude is not only sick, but racist because many minorities would be first to get hit.

Watching Mr. Maher on TV making his case for recession while other rich Hollywood types nodded in agreement clearly showed how far they are disconnected from the real world and that they lack a moral compass.

It is no coincidence that many of the policy proposals from the Democrats now running for president would virtually guarantee a recession, or worse. Perhaps, the most irresponsible proposal supported by most of them is for the U.S. taxpayer to provide free medical care to illegal immigrants.

There is almost no limit to the economic liability that would be placed on U.S. citizen taxpayers if such a proposal was to be signed into law. Everyone on the planet who needed some high-cost medical procedure would do whatever it takes to get into the United States — because once in the United States — they are home free.

Most of the Democratic presidential candidates have endorsed variations of the “Green New Deal.” Scholars at the Competitive Enterprise Institute find each household “in five model states — Alaska, Florida, New Hampshire, New Mexico and Pennsylvania — will be on the hook for more than $70,000 in increased costs for electricity, upgrading vehicles and housing, and shipping in just the first year under the Green New Deal. 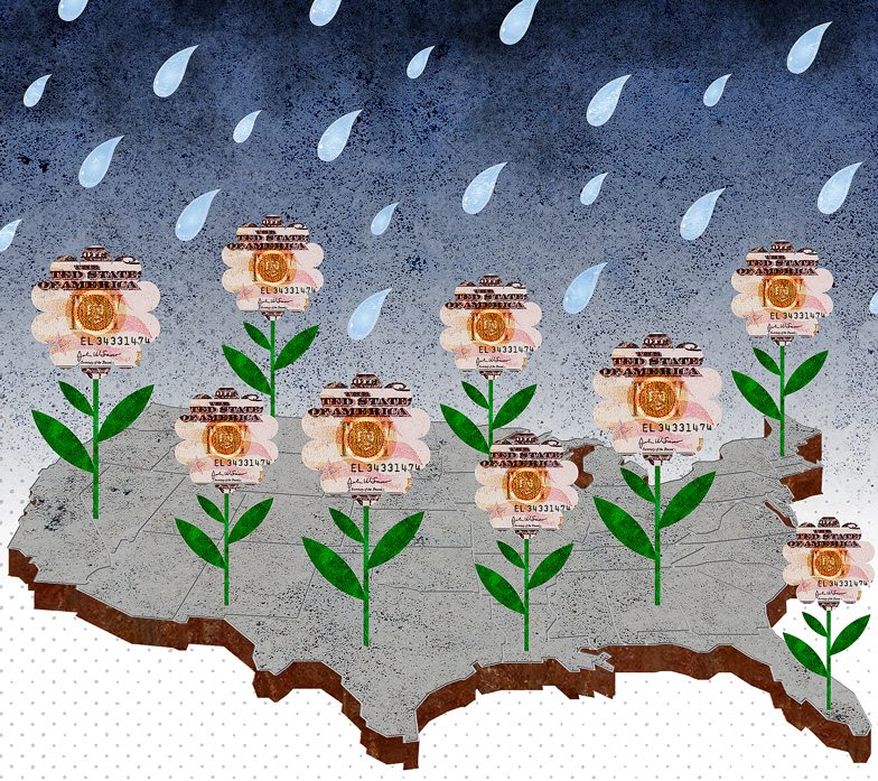 When asked how they are going to pay for the trillions of dollars of new entitlement, a number of candidates have said by taxing “the rich” at rates such as 75 percent. It seems that it has not occurred to them that the high-tax rate experiment has been run many times in the past in many places and has always ended in failure as the rich found ways around it, and so most countries have cut, not increased, marginal tax rates.

Sen. Elizabeth Warren wants to impose a wealth tax — again not noticing that most countries that tried to do so failed, and then abolished the wealth tax. One of the many advantages of being rich is that to a large extent a rich person can choose how and where to receive his or her income.

The euro area is only growing about 1 percent per year, while Japan is growing at a bit less than that. Only in some countries in Asia do we still find high rates of growth, but even China is slowing.

Mr. Trump ran on a platform of returning growth to 3 percent where during the Obama years growth averaged less than 2 percent per year. Now growth in the United States appears to be slipping toward 2 percent — still better than the Obama years, but less than the president promised.

The reason for the slowdown in growth around the world is not hard to find — too much government spending, taxing, regulating, along with a record accumulation of debt. The United States, while doing better than the other rich countries, is being dragged down by the world economy.

Mr. Trump’s tariffs and tariff threats have added to uncertainty and hence less investment. The president doesn’t like to acknowledge that a tariff is a tax — and like most tax increases is damaging. Much as he may wish that the Chinese and others “pay” the tariff, the reality is, over the longer run, it will be the U.S. consumer that will pay most of the tariff.

In the short run, countries, particularly those with many state-controlled industries, may choose to absorb the tariff; but in the long run, it is almost always passed along to the buyers. Even when a tariff is repealed, sellers in commodity oligopolistic industries may find they can continue to charge the higher price for the commodity for some period of time as though the tariff was never abolished.

At the beginning of the Trump administration, tax rate reduction was passed, which gave the economy a positive boost. But over time the effects of the tax cut began to wane, and further cuts are required to keep the momentum. The initial deregulation spurred growth, but most of the regulatory low-hanging fruit has now been plucked, making additional deregulation gains more difficult.

All of this makes a slowdown in U.S. economic growth almost a certainty. The administration should assemble a task force to identify all of those actions that they could still take to remove or reduce impediments to economic growth and then aggressively move to implement them with the goal of getting back to 3 percent growth. The president has staked everything on a strong economy, but it is not going to magically happen without decisive action.