Ginsburg’s “A More or Less Perfect Union” Explains the Importance of U.S. Constitution Learning about the structure of the American government and the reasons for it

The expression “never let a crisis go to waste” is often quoted when cynical politicians use crises to enhance their power. It is also true that many of the crises that have affected mankind have also served as the catalyst for great innovations and constructive change. 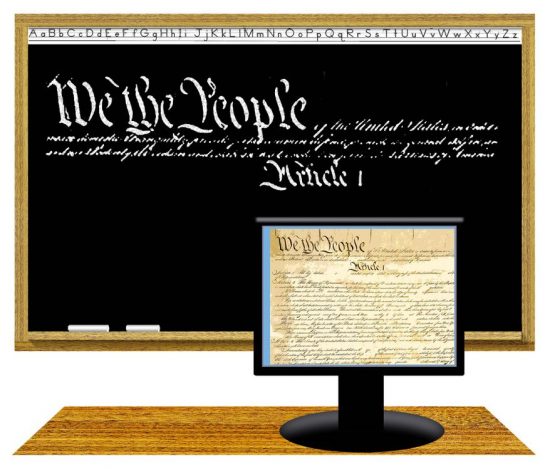 The impending failure of America after the Revolution gave rise to what became the Constitutional Convention in Philadelphia in 1787 and the creation of what is often regarded as the greatest political document ever created — the U.S. Constitution. It is the oldest written constitution and the landmark document for the Western world, leading to the American experiment. More of this below.

As a result of the COVID-19 virus, large and even small events are being canceled around the globe. In the United States and elsewhere, many universities and other schools are closing with the goal of relying on “distant learning” until the virus passes. The technologies of the Internet and personal computers, etc. have made distant learning a practical reality for nearly everyone. Many different distant-learning approaches will be tried in a great experiment out of necessity.

Correctly done, the distant learning model can be tailored much more to the individual needs of students, rather than the current institutional one-size-fits-all model. People learn at different rates and differently by discipline. One can be a whiz at math and pokey at learning history, and vice-versa. Some learn more rapidly through reading, others by listening (lectures, podcasts, audiobooks, films, etc.), and others by doing.

It is widely recognized that the existing educational establishment at all levels from first grade through graduate school is bloated and unnecessarily expensive for what it delivers — leaving students with a bad taste and often huge debts. This situation is neither necessary nor desirable. The great distant-learning experiment that is about to be undertaken should result in more cost-effective ways of teaching — and ultimately a reduction in the cost of education with much better outcomes.

One of the most obvious failures of recent American education is that far too few students — and now adults — know little about American history and the structure of the American government and the reasons for it. This failure is compounded by the fact that all too many journalists and politicians have no idea what they are talking about — because they know so little history, political theory, foreign policy, economics, science, math and so on.

In fairness, there are also many excellent journalists who write for papers like The Wall Street Journal, where standards and accuracy still matter, and report in electronic media. Being a great journalist is not a function of the number of degrees held or schools attended, but having the willingness to work hard to understand the subject matter one is writing or speaking about, and having the personal pride to get the story right and well communicated.

Because so many reporters are ignorant of the issues they cover, false or really dumb ideas spouted by politicians are treated with the same seriousness as real facts and innovative thoughts. Bernie Sanders gets away with calling himself a socialist because too few in the press and the public at large know that socialism has been a failure whenever and wherever it has been tried, and often morphed into a killing machine.

In the 20th century, more than a 100 million people living under various forms of socialism were killed by their own governments. The above facts should have disqualified Mr. Sanders as being no more than a dangerous kook, rather than a serious presidential candidate.

In an attempt to help more Americans, including politicians and journalists, understand the importance of the U.S. Constitution in making America the exceptional nation that it is, Judge Douglas Ginsburg has created a three-part series on the U.S. Constitution, titled “A More or Less Perfect Union,” which is being broadcast on PBS stations across the country. (It also may be found on YouTube, or by googling for “Douglas Ginsburg PBS.”)

Judge Ginsburg is a distinguished constitutional scholar, former chief judge of the U.S. Court of Appeals for the District of Columbia and now a professor at the Scalia Law School at George Mason University among other things.

Judge Ginsburg gives a concise history, exploring the reasons for the American Revolution, the problems with the Articles of Confederation, and the struggle to make the necessary compromises to produce a Constitution in the summer of 1787 that guaranteed basic liberties, was workable, and would be accepted by the state legislatures which needed to pass it.

The Constitution is not perfect, but with the amendments, is close to it. A majority of the Framers were opposed to slavery, but recognized that the Southern states were unlikely to ratify the Constitution if slavery were abolished — and hence punted in the (incorrect) belief that it would soon die out.

Judge Ginsburg has created a balanced film with comments from experts from a variety of perspectives as well as everyday citizens, with scenes where the actual events took place. The result is a highly entertaining but more importantly a triumph in explaining why the Constitution was both created and endured for more than 230 years. It is a must-see for students, journalists, politicians, and all Americans who want to have a better understanding of who we are and why.