Would you agree to buy a new motor vehicle without knowing the price? Of course not. Your options are many — sedan, convertible, sports car, SUV, minivan, pickup truck, etc. in many different sizes with different features, including different safety features. Most people do not buy the “safest” vehicle because of both price and the fact that other vehicles may have features they value more. 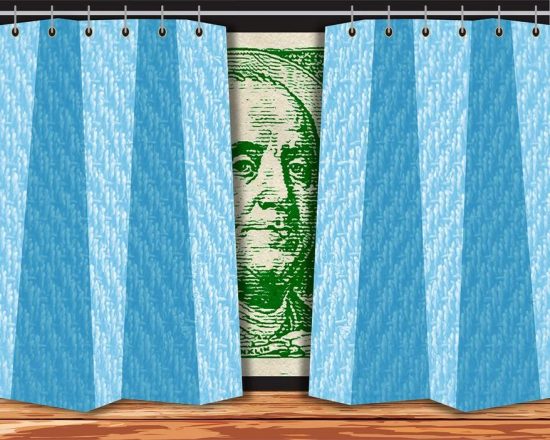 Yet, when it comes to options regarding how to deal with the COVID-19 virus, most governors give the people no or, at best, few options. People voluntarily engage in all sorts of risky sports — many of which are much more likely to kill anyone under 65 than COVID-19 (as I described in my column last week). Less than 100 people (out of a population of 328 million Americans) under age 24 have died from the virus. It is much more dangerous for them to ride an electric scooter or walk across the street, yet the government has shut down almost all schools in the United States for a virus that is not going to kill the students.

We can see the lives lost to the virus. Every night on TV we are shown people being taken to the morgue. What is rarely mentioned is that the average age of death of the victims is well into the 80s.

What is not seen are all the lives lost to the restrictions being placed on the people — the careers destroyed, the damage from students not being in school, the damage to people who have spent decades building businesses that are now being destroyed by government mandate, the psychological damage from people being cooped up and unable to have normal human interactions with friends, family, business colleagues or even dating, etc. What price do we put on the loss of freedom?

The great French economist Frederic Bastiat (1801-50) had many important insights, and one of his most famous works was titled “That Which is Seen and That Which is Not Seen.” Bastiat was a master at making a point by telling a story. A store owner’s young son accidentally broke a window, and the store owner then paid a glazer to fix it.

Those who can see only the first-order effect say: “This is good because it gave the glazer a job and income.” Those who can see beyond the first order understand that the shop owner will now have less income to buy other goods such as a new pair of boots, thus depriving the cobbler of a job. The glazer, if not employed repairing the broken window, most likely would be spending his time putting windows in new structures — thus creating new wealth.

Those who say we can offset the cost of the government-mandated shutdown of productive economic activity by just giving business people and individuals money to replace their losses stemming from the shutdown fail to understand that passing out money without creating wealth, over the long run, makes everyone poorer by debasing the currency.

In my fantasyland, I would make it a requirement that all of those who demand expenditures and restrictions on our behavior to mitigate the virus detail precisely the long-run cost of each restriction or proposed expenditure. If America had a better educated, less ideological and more responsible media, they would be insisting on such information rather than accepting what can be immediately seen as the only fact.

An old friend and fine economist, Jack Albertine, who among other things was executive director of the Joint Economic Committee of the Congress, sent me a note regarding my column of last week, parts of which I repeat here:

The data is clear, the U.S. lockdown did not measurably change the mortality rate in the United States. In addition, the models were wrong, period. Their predictions failed empirically. “Elective” medical procedures were banned so as to allow hospitals to have the capacity to deal with the avalanche of COVID-19 admissions. This was again in response to the models’ predictions. First, “elective” medical procedures are called elective because they are not required to stave off immediate death. They, however, are critically important to maintain the health of the population. Additionally, the longer elective procedures are put off, the more they become not elective at all. So, we endangered the health of millions of people and to what purpose? The predicted avalanche never came. Hospitals have much unused capacity, and, as one who served for nine years on a hospital board, elective surgery and other procedures are huge money makers for hospitals. So now we have a financial crisis in hospitals.

In Texas, 67 percent of the counties have no COVID-19 virus deaths (which may be typical of many states). New York has suffered 88 deaths per 100,000 people, while Texas has suffered only 2.3 deaths per 100,000. So, Texas Gov. Greg Abbott is sensibly, rapidly eliminating unnecessary restrictions and getting his state back to normal, as are a number of other governors — while those who cannot think beyond stage I and who neither understand nor appreciate the importance of economic growth and liberty are depriving their citizens of both.