Two decades ago, most economists — including me — believed that as a country became richer it would likely become more democratic and more protective of basic human rights and liberty. After all, we had seen South Korea, Taiwan, Singapore, Chile and most of the countries of Eastern Europe go through that progression. 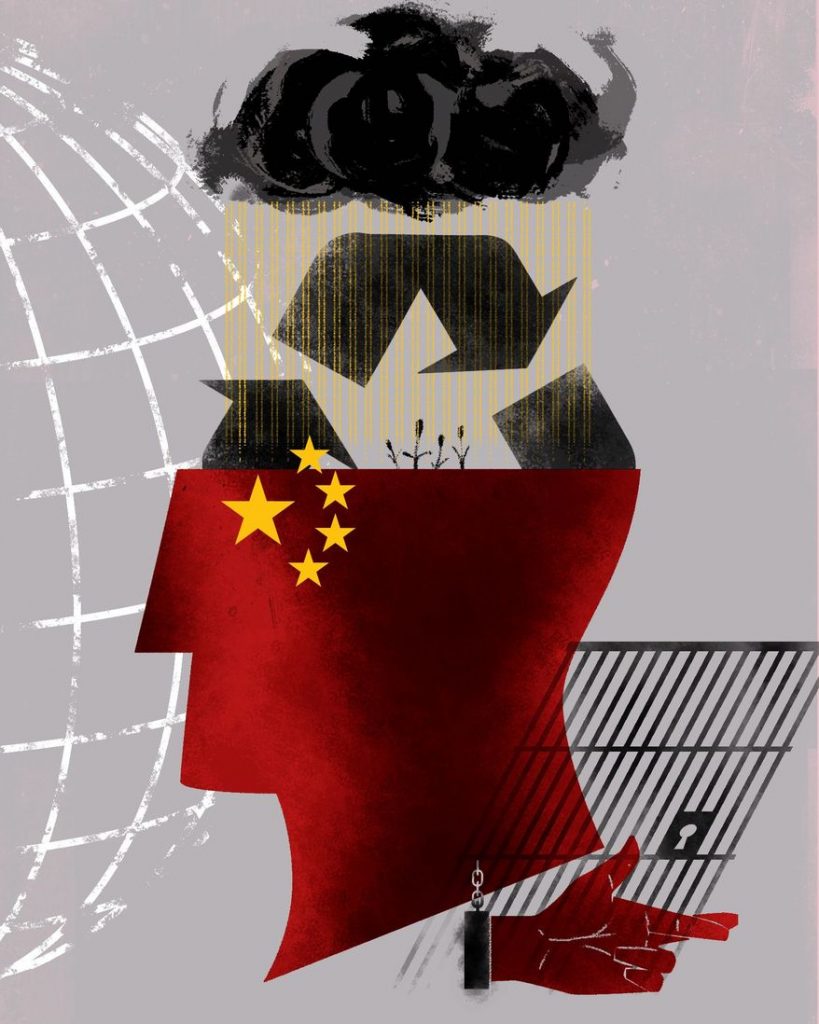 China was expected to follow the same path. Economic liberties were greatly expanded, and by the 1990s, political power appeared to be increasingly decentralized, and the yoke on essential freedoms seemed to be lightening. But then, the great reversal occurred, particularly after President Xi Jinping gained more and more power.

Freedom of expression, religion, assembly and so forth have all been curtailed. Hong Kong’s independence has been destroyed, despite the treaty with the U.K. It is estimated that more than a million Turkic Uighur Muslims are in re-education camps. Neighboring countries like Taiwan are increasingly threatened — and China unleashed the COVID-19 virus on the world without explanation as to its source.

Canadian economist, Patricia Adams, who is an expert on China’s environmental policies, has just written a report, published by The Global Warming Policy Foundation, titled “The Red and the Green: China’s Useful Idiots.” Ms. Adams notes that most foreign advocacy organizations — including human rights groups and even aid organizations — have been extremely restricted or banned. The relatively few still allowed are now effectively controlled by the Communist Party of China — with both their activities and expenditures being overseen by government officials.

The Chinese have perfected the art of saying one thing while acting in a totally contrary manner. This is, of course, not unique to the Chinese; many American politicians have long done the same thing — as recently exhibited by some in government handing down draconian restrictions because of COVID-19 while ignoring those same restrictions, such as dining in fine restaurants without anyone wearing a mask. Or useful idiots, like Congressman Eric Swalwell, California Democrat, attacking President Trump over non-existent Russian collusion, while he himself apparently was engaged in a close personal relationship with a Chinese spy.

The Chinese leadership mouths all of the slogans of the environmental activists, takes their money and proclaims partnerships, while at the same time greatly expanding the number of coal-fired power plants. Environmental lobbies like Greenpeace, World Wildlife Fund and the Natural Resources Defense Council, being dupes or worse, sing the praises of the world’s largest polluter — because of China’s “good intentions” as contrasted with their actions. China now has planned or has under construction more coal-fired power plants than rest of the world combined. At the same time, the U.S. has been greatly reducing its dependence on coal-fired plants, by shutting down many of them.

As would be expected, many in the mainstream media are the last to catch on to reality. They heap praise on the environmental lobbies who are in bed with the Chinese and their American funders, including the William and Flora Hewlett Foundation, the David and Lucile Packard Foundation and the John D. and Catherine T. MacArthur Foundation, to name a few.

As an aside, all of the founders of these foundations were pro-American Republicans. David Packard was even defense secretary at one point. Having had the pleasure of meeting each of them decades ago, I have little doubt that if they were still with us, they would be appalled at how the highly paid managers of these foundations were spending their legacy in support of the biggest human rights abuser on the planet.

Li Zou, a Chinese national, is the CEO and president of Energy Foundation China (which is supported in part by U.S.-based environmental groups). The organization is under control of the Chinese government. Li Zou was a key member of the Chinese negotiation team for the Paris Climate Agreement.

Predictability, the mainstream media attacked President Trump when he pulled out of the Paris Agreement, without thinking through why the Chinese and some other major polluters readily signed on. While many of the signatories to the agreement have been increasing their CO2 emissions and pollutants, the U.S. has actually brought down its emissions. The agreement would put the U.S. at a disadvantage to China and others. President-elect Biden (possibly after a chat with his son Hunter) has indicated that he intends to reverse the Trump pullout of the Paris Agreement — score one for China.

Regrettably, China has not followed the road to political and human rights reform that brought prosperity and liberty to tens of millions in other parts of the world. It is even more disheartening to see the number of useful idiots in government and the press justifying continued subsidies and grants to the Chinese, based on never-ending promises of environmental and human rights reforms — “I will still love you in the morning!”