How Much should the Government Borrow to Cover Infrastructure Costs? Begin with the principle that each infrastructure project stands on its own merits

Most economists agree that borrowing to cover current operating costs of government and involuntary transfer payments are harmful because, in part, it puts an obligation in the form of higher taxes on future generations many of whom are unborn. 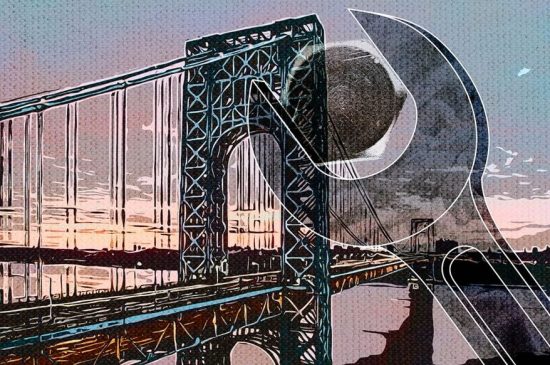 But there is much disagreement about the extent government should borrow to cover capital costs such as infrastructure (e.g., better highways and bridges).

As every business student learns, if the cost of capital is less than the risk-adjusted rate of return on that capital, investment in new and better plant and equipment is justified. It makes sense for a carpenter to spend money buying a nail gun that enables him to frame a building in half the time; hence, half the labor cost, even if he has to borrow to pay for the nail gun, provided the cost of the nail gun and the borrowing costs are less than the costs of the labor saved.

Economic growth is a function of more productive capital investment, and more and better trained employees (or in economists speak — human capital).

The interstate highway program is a great example of a project that resulted in huge reductions in transportation costs, which enriched the entire nation. The federal highway program has been largely funded by the federal gasoline tax, which made sense given that bigger and heavier vehicles traveling greater distances pay more of the tax. This old system is now breaking down as the country transitions to electric vehicles, but advances in electronic monitoring vehicle use — as is now done with “smart pass” programs — enable user fees to be collected.

As a teenager, I lived in St. Petersburg, Florida, and my grandparents lived in Bradenton, Florida, on the other side of the mouth of Tampa Bay — perhaps 20 miles distant as the seagull flies. But to drive, one had to go around the Bay through the city of Tampa — perhaps 70 miles. A spectacular bridge was built across the mouth of the Bay, funded by the sale of bonds that were paid off from the bridge tolls. It was a win-win. Drivers saved far more in gasoline and time than the bridge toll, and the bondholders received their principal back with interest.

If a private company had been given the concession, it could have built and funded the bridge in the same way the government did (using private construction companies). In early America, private toll roads were common — and many of these roads — now government-owned — still have the name of “pike” referring the “turnpike” or pole that blocked the usage of the road until the pole was turned.

In the 1860s, the transcontinental railroad was built. The government could have sold bonds (increasing the national debt) to pay the railroad builders to build the line, but instead gave the railroad companies large land grants alongside the rail line for each mile of track that was built.

It is true that if the government had not given the subsidy to the rail companies, eventually private entrepreneurs would have built lines from the Midwest to the Pacific Coast. The government action merely accelerated what would have occurred. The benefits probably outweighed the costs, but it is debatable.

At times, when sitting in traffic jams, I mentally calculate the cost of all the collective drivers’ lost time, excessive fuel usage, depreciation of the vehicles, and air pollution costs of not having enough road to meet driver demand. So, I am sympathetic to calls for building more infrastructure — transportation, communication, etc.

The question is, how should it be paid for and by whom? Debt financing by government through general obligation bonds, since most government finance is done at the federal level, falls unfairly on all current and future taxpayers and increases systemic risk for entire economy.

Step 1. Begin with the principle that each infrastructure project, as with private business investment projects, stands on its own merits (i.e., risk-adjusted benefits exceeding costs).

Step 2. Ask if it should be done by granting a concession for a private company to build, own and operate, or if it should be done by government for some reason? (Note: The railroad tunnel under the Hudson River between New Jersey and New York is still used by Amtrak and others was originally built and funded privately by the old Pennsylvania Railroad in 1904-1908.)

Step 3. Invoke the principle that the beneficiaries should pay for the project through some sort of user fee to pay off the bonds (construction loans).

The current idea that Congress should allocate a trillion dollars or whatever to build infrastructure and create jobs makes no sense as a top-down measure. Instead, Congress should authorize — to the extent that it is even necessary — private companies, state and local governments, and the federal government to build all infrastructure projects that meet the above three principles.