George Washington died on Dec. 14, 1799, at his Virginia home, after feeling ill and going to bed. He was a robust 67-year-old man who appeared to be in good health the day before he died. His doctors, as was the practice at the time, bled him, taking an estimated 40 percent of his blood. Even though the precise cause of his death is unknown, the treatments he was subjected to clearly weakened him, making it more difficult for the body’s normal defenses. 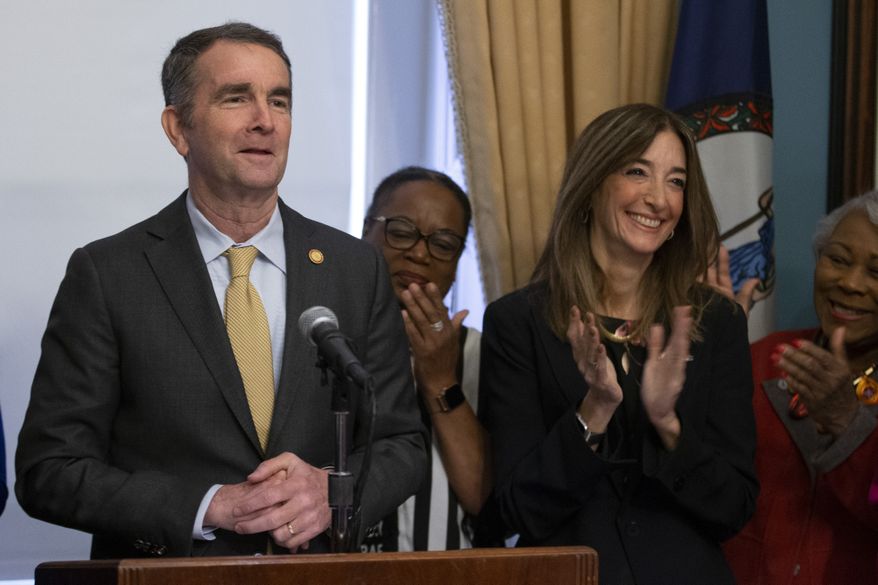 The governor and the Democratic legislators in Virginia are proposing restrictive gun laws, which would make it much more difficult for law-abiding Virginians to defend themselves, as well as taking away some of their basic liberty. The Democrats are doing this, claiming it will save lives (which is rather ironic coming from a governor who endorsed infanticide — “as long as the infants are made comfortable” — for newborn babies if the mother so decides).  Note, the anti-gun mafia ignores all of the lives that are saved by people being able to protect themselves by having guns. (The Texas church shooting a couple of weeks ago being exhibit one. Perhaps several dozen lives were saved by the fact that some members of the congregation had legal guns and were immediately able to put a stop to the madman.) There is considerable evidence that more guns in the hands of the law-abiding save, rather than cost, lives.

Almost all mass homicides are committed by mentally ill people or terrorists. Those who commit such horrific crimes often use guns — but also knives, bombs, poisons, motor vehicles, etc. The single greatest mass homicide in America (9/11) was committed by terrorists using box cutters and commercial airplanes, not guns.

If government agents came to your home without permission, seized your knives and other kitchen utensils that might be used to kill someone and then refused to pay for the total cost of the things they took, you would be outraged that your right to protect yourself had been diminished and your property stolen. (This might seem to be far-fetched, but some serious politicians in the U.K. have proposed restricting the sale of some knives because of the growing number of fatal stabbings.)

Again, terrorists and the homicidal mentally ill are a real problem, and their behavior is not going to change because some physical objects they can use to kill people are made illegal.

It is no coincidence that many anti-gun zealots are also big-government types, including socialists, who get their highs from taking the property and liberties of others. If Virginia Gov. Ralph Northam, unlike Washington’s doctors, seems to have deliberately misdiagnosed the problem and prefers to focus on the fake solution of gun restrictions which reduces the ability of the people to protect themselves (not unlike blood-letting that weakened Washington), rather than dealing with the mentally ill and terrorists.

The governor wants to ban “assault weapons,” the definition of which is endlessly elastic largely based on the appearance of the gun rather than its performance. Those who wish to control others love elastic and vague laws because it increases the pool of potential law breakers among political enemies and allows one’s political friends to walk away. Those who have a basic knowledge of weapons know there are clear definitions of shotguns, hand-held revolvers, semi-automatic pistols and rifles, but again, not assault weapons. Assault weapon bans have been tried in a number of places with no evidence they made any difference. But they punish the freedom loving by the big-government mafia who views people who own guns as “deplorable.”

The anti-gun mafia also wants to restrict the size of gun magazines (10 rounds for handguns and seven shells for shotguns in some of the proposed Virginia legislation) which ignores the fact that many of the most popular and widely owned handguns like the Glock have bigger magazines. (An experienced person can often change magazines in a couple of seconds — so magazine restrictions are of almost no value and penalize those who are trying to protect themselves as much as the law breaker.) If a person is no longer allowed to own, use or sell such firearms, their legal-market value will be close to zero (a seizure by the state of property without full compensation), but the black-market value will soar. Such actions by those in government undermine both the legitimacy and respect for government, which, in turn, weakens civil society.

There are more than 400 million guns in the United States — more than there are people. The Second Amendment in the Bill of Rights of the U.S. Constitution is not to protect hunting but for the people to protect themselves. The U.S. Supreme Court has reaffirmed that right in recent decades, and most Americans intuitively know that despotic governments always seek to disarm the citizenry.

Virginians are now in open revolt against the governor and his cronies with more than 100 counties and cities passing “sanctuary” resolutions in support of the Second Amendment and against many of the anti-gun proposals. Many Virginians will refuse to comply with new restrictive gun laws, which may lead to fatal violence. As Thomas Jefferson of Virginia wrote: “When the people fear the government, there is tyranny. When the government fears the people, there is liberty.”