COVID-19 is greatly speeding up the death of low-skilled or unskilled jobs. Likewise, the era of physical shopping areas with many thousands of potential customers close together is also rapidly dying due to new technologies and potential pandemics.

In a normal recession, most private workforces get hit more or less equally. Not this time. The global recession induced by governments around the world — with the argument it was necessary for our health — have had and will continue to have a disproportionate negative effect on low-income workers and small businesses. 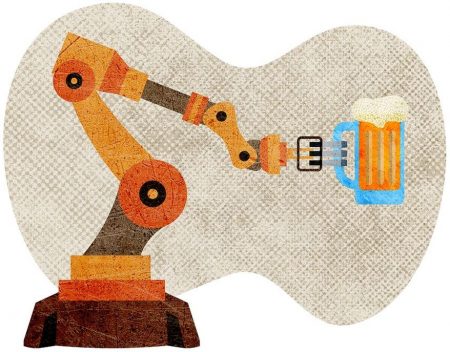 By contrast, few government jobs have been eliminated. Large companies that are in retail/manufacturing/high-tech/communications have been largely spared. Amazon and Walmart have grown and have been allowed to operate. Not so with Mary’s dress shop or Joe’s sporting goods shop, both of which sell the same merchandise as the big-box stores.

The lesson is clear: If you are not well-connected and big enough to hire those who grease the palms of the political class, they will not protect you. Politicians (particularly Democrats) love to brag about how much they care about the little guy. But their policies often deny the “little guy” opportunity and make them dependent on the politicians for degrading handouts. For generations, the politicos have done this to inner-city Blacks. But now, the COVID-19 pandemic has given them the opportunity to extend their dependency policies on many lower-income Whites and Hispanics.

The shutdown has forced employers to manage major portions of their staff to work from home. New communications’ tools like Zoom and endless other apps make this distant workforce a growing reality. The future has become now. The riots are also causing employers to move many of their activities from inner cities to safer and more tax-friendly jurisdictions.

It is no surprise that the states with the highest unemployment rates are all run by Democrats who have imposed high taxes and created a business-unfriendly regulatory and safety environment. Both employers and employees see the handwriting and are fleeing. Hello Florida! Goodbye New York!

Service workers, like waiters and bartenders, who have suffered a disproportionate share of the job losses, are finding that many of their employers have shut down for good. The job of the barmaid in Shakespeare’s London 400 years ago has barely changed except for the use of different payment systems. That is all about to change. Order- and food-dispensing machines, and now even robots, are increasingly being used in fast-food shops — and it is only a matter of time before robots will do most service jobs.

With the rise of “AI” and better sensors, almost all jobs will be subject to greater automation. Over the last two decades, even lawyers have found this out the hard way, as much of legal search and standard contracts are now increasingly done by computers that don’t charge by the high-price billable hour, rather than lawyers.

Surgical machines now greatly enhance the productivity of surgeons and improve outcomes. New computer software is now making it easier to fly and even land both small and large planes automatically without the direct action of pilots. In fact, most transportation jobs will be automated — self-driving trucks are already a reality.

Politicians who have shut down schools in favor of “distance learning” will find that over the next few years far more individualized education will be delivered to students. The 2,500-year-old model of having the teacher stand up and give the same lecture to a group of students — who have very different stocks of knowledge and learn at different rates — is finally going to be relegated to history.

The good news is that colleges that use poor classroom performers and who spend time in political indoctrination rather than imparting knowledge will see their students leave for more useful pastures. Students of the future (which is already upon us) have many more effective and lower-cost options to obtain the skills that employers need and require.

Even the military is moving to more capital and knowledge-intensive forms of warfare. The multi-thousand-year era of large numbers of troops with spears, bows or guns moving across a “battlefield” has already passed. Soldiers far from the battle are increasingly operating combat machines, including aircraft, ships and land crawlers.

Commanders know that in the age of biological, chemical and kinetic weapons it is suicidal to have large numbers of troops and other personnel in close physical proximity to each other. Both weapons and their operators need to be widely dispersed. The heavily manned (personnel intensive) aircraft carrier is probably the last of the huge, largely non-robotic battle machines, and will certainly be obsolete as a weapon, long before the new ones are worn out.

A general college education will be less important, but specific expertise — and certifications to verify the expertise — will be much more important. Computers/robots will increasingly do more and more jobs cheaper and faster. Those who have obtained the skills and expertise that are in demand and cannot be automated, along with the self-discipline to work with little supervision, can look forward to a prosperous future, and those who have not will always remain relatively poor.