Rather than Complaining about Toilet Paper, Americans should Marvel at the Business Supply Chain

How many rolls of toilet paper do you have in your home? Enough for a week? A month? A year? Who makes that decision and why? These very basic, simple questions have led to an improbable toilet paper “shortage” resulting from panic over the coronavirus, and serve as a metaphor for the broader supply problem.

Hospital administrators and local, state and federal political leaders are all being criticized for not having adequate supplies of both disposables and equipment to deal with the coronavirus. They have turned on each other, and many in the irresponsible press have sought to inflame the situation rather than to use the problem to explain the difficulties of inventory management.

First, it is impossible to have adequate supplies of everything for every possible crisis. Second, inventories are costly both in their acquisition and storage, and most things held in storage for too long tend to deteriorate. 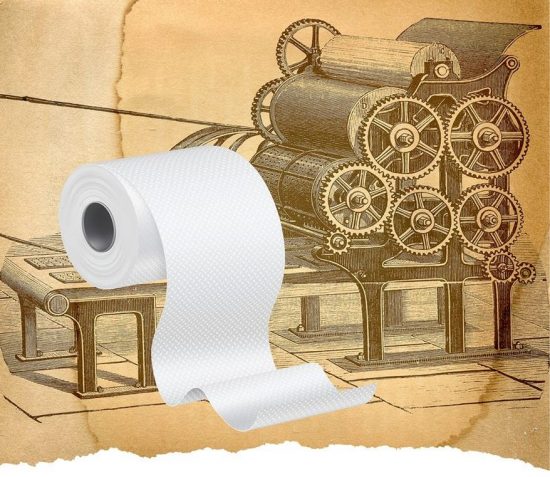 The United States is a federal republic with hospitals being owned by the for-profit private sector, the non-profit private sector, and local and state governments, as well as the federal government with the VA hospitals. The decisions of what supplies and equipment to have in each hospital are functions of budget limitations and expected risks of various unknowns by many different individuals in these separate hospitals trying to do their best.

It is silly for people in media (or House Speaker Nancy Pelosi), most of whom have never managed anything, let alone something as complex as a hospital, to blame President Trump for a shortage of face masks and ventilators. It is the job of hospital administrations, and, in the case of public hospitals, local mayors, governors and their public health officials to determine optimum levels of things that may be needed.

As far as I am aware, the first major media person to sound the alarm that the coronavirus in China might lead to a pandemic was Tucker Carlson of Fox. At the same time, most of the rest of the press was totally focused on impeaching President Trump for a crime that none of them could name. Fortunately, Mr. Carlson got the ear of the president, which resulted in his imposition of the China travel ban — for which he was almost universally criticized by the media establishment and Democratic politicians (notably Joe Biden).

It appears that all too few state and local government officials and hospital administrators took the warnings sufficiently seriously to quickly place orders for the necessary quantities of face masks, protective gear, etc., which could have been supplied in a very few weeks. Ventilators fit in a different category in that they are a complex and expensive piece of equipment where it takes some time to ramp up production.

People who have never managed or even seen a manufacturing line often have little idea of how complex and difficult it is to make what appears to be simple and inexpensive products. Take a face mask — seems simple. First, you need to design it to fit most faces, which vary. How about guys with beards? You need to use the right materials to give good protection. Where do you get those materials and who makes them? What machines do you need to put them together in a consistent and efficient manner? The rest of the necessary protective gear is much more complex.

The point is that no one has perfect foresight; and even when a future demand for something can be clearly seen, it takes many skilled and knowledgeable people to produce whatever item, and it usually cannot be done overnight. Can you imagine, if the Washington press core was suddenly told they had to produce their own toilet paper — even collectively — what would happen? Hey, it’s a simple product and we need it now!

Mr. Trump should lead them through a modern paper mill that produces toilet paper. They would be amazed at the complexity of the process and the number of steps and the capital equipment needed — huge machines that grind large trees to pulp, bleach it, and put the pulp through many screens to get the right consistency and thickness and then roll and wrap it — not easy or cheap. (The old Soviet Union never mastered it. If you were able to find a roll of toilet paper in Russia, it was either coarse — hey, what are a few splinters? — slippery like wax paper or filled with holes like Swiss cheese.)

Rather than complaining about the temporary shortage of this or that — we would all be better off marveling at the amazing inventory control and management of the supply chain by thousands of different businesses. Walmart and Amazon each sell literally tens of millions of different products, and most are available on demand each day. The beauty of the free-market system is, if there is demand for most anything, it will be supplied in a fraction of the time that it would take for a government to try to do it.

The doctors and the nurses deserve high praise, but so do the logistics and manufacturing experts, truck drivers, and air and train crews, who meet the needs for timely products to deal with the crisis. Hooray for them!