“When you see a big, black, luxury automobile being driven by a short, fat, balding old man with a young, beautiful blond with her arm around him, what do you immediately think about his income? This is the beauty of the free-market system, because it enables short, fat, balding old men to have equal access to young, beautiful women — because not everyone can be a Walter Williams.” 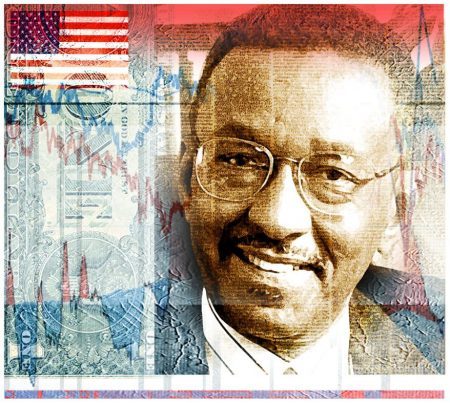 Four decades ago, I had an extraordinary piece of good luck — I became friends with the great Walter E. Williams, who passed away last week at age 84. Part of the genius of Professor Williams was his ability to communicate important concepts, both to his students and the public at large, in short, interesting and humorous ways. As in the two sentences at the top, Walter Williams liked to illustrate by use of fun stories about how the free-market system can do more to eliminate discrimination than government programs.

In 1980, Williams had just accepted a professorship at George Mason University and needed a place to stay for the three days a week that he was in Virginia. At the time, I had a home near the campus with an extra bedroom and bath, so he made a “temporary” move into my place — that lasted about four years. For 40 years, Walter drove back and forth between the GMU campus in Fairfax, Virginia, and the home that he shared with his wife and daughter in Devon, Pennsylvania.

In the few days since his death, many dozens of well-deserved tributes to him have been published, including one by GMU Professor Don Boudreaux on the editorial page of The Wall Street Journal within hours of Walter’s passing. His colleagues have written about his considerable contributions to economics and the liberty movement — and successes in building the GMU economics department into a premier home of free-market economics.

In addition to being a fine scholar, Walter was a genuinely funny man. The day before his death, he called, telling me he was not feeling up to joining our “politically incorrect boys club” lunch planned for the next day. He noted that he was scheduled to teach his last class before retiring last Tuesday — which he did — shortly before he had his fatal health incident.

Some years ago, Ed Crane (longtime founding president of the Cato Institute) had created “The Committee Against Death and Taxes,” with Walter and yours truly as the charter members. Walter became the first member to violate the most important by-law — the agreement not to die.

Walter Williams grew up in public housing projects in Philadelphia with his mother and sister. In his younger years, he was something of a Black radical, yet this six-foot-seven-inch Black man, for more than a half-century, spoke truths in a way that any open-minded, non-brain dead person could not resist. Walter, along with his closest friend, the great economist Tom Sowell, were often referred to as the pre-eminent Black conservatives.

Walter was not a conservative ideologue, but an empiricist, guided by the evidence. He was not naive in the ways of the world. He knew the rough world of the inner-cities and the pre-civil rights era Jim Crow South. Despite all, he was an American enthusiast who understood that the genius of the Founders was to create a system, unlike that found in most countries, subject to peaceful improvement, which has enabled American Blacks to enjoy much more opportunity and higher incomes than almost all Africans, Asians and even Europeans — with far more liberty.

He was a fierce defender of the Bill of Rights, and particularly free speech — even the most uncomfortable speech, which he would frequently test in order to make sure it was preserved. He never wavered in his defense of free markets and trade, and the ability to use one’s currency of choice.

Walter was an exceptional communicator — and he used his writing and verbal skills to teach good economics and the ideas of liberty — which go hand-in-hand. For many years, Walter served as a guest host on the Rush Limbaugh show. Some of his fellow academics disapproved, but Walter correctly argued that the opportunity to teach sound economic concepts to tens of millions of radio listeners at one time was unique.

Walter was a very popular fill-in host because, even though he was an academic economist, he could keep his audience engaged with his funny stories, often involving his wife. On air, he would refer to her as “Mrs. Williams” and once complained that she was grumbling about him sending her up the ladder to clean the gutters. He was amused that some believed the stories.

In fact, Connie Williams was a very bright, funny lady who was the primary bread winner while Walter was both an undergraduate and graduate student. It turned out to be a very good investment, and they enjoyed a happy and prosperous 47-year life together until her passing in 2007.

The world is fortunate that much of the wit and wisdom of Walter Williams is preserved on video and in his columns and books. They may be easily found on the Internet, including the 2014 PBS documentary on him, “Suffer No Fools.”