Stage II and Beyond Actions have consequences, which only the irresponsible ignore

Back in the early 1980s during the Cold War, I was with a friend in East Berlin. As the noon hour approached, we started looking for someplace to have lunch. We soon discovered that all the restaurants were closed from noon to 1 p.m. “so the workers could eat.” This same mentality is exhibited by many of the Democratic presidential candidates who are very concerned about increasing the wages for the workers — to $15 per hour, or whatever. What they conveniently ignore is that the businesses that are expected to pay the higher wage will need to raise their prices or go out of business — hurting both their workers and their customers. As Milton Friedman used to say, ”There is no such thing as a free lunch.”

Most fast-food restaurants operate on very slim margins with little ability to absorb higher costs. Higher wages for their workers will be almost immediately translated into higher prices. Many fast-food customers are low-income people and students who will be adversely affected by higher prices — but their well-being is rarely considered by those demanding higher wages.

In economics, “Stage II” refers to the consequences of any given action or policy, which only the irresponsible or fools ignore.

More regulations on any business, particularly in the financial sector, mean that banking is more costly and fewer people will be able to obtain bank accounts. The rise in the ”unbanked” is costly, inconvenient and dangerous. But the “unbanked” tend to be low-income, so who cares about them? The big-government statists (e.g., Elizabeth Warren) are much more concerned about controlling the actions of every bank rather than making life better for those who have been left out of the banking system.

Should President Randall Stephenson of AT&T be fired? The telecommunications and entertainment giant, AT&T, now owns CNN. CNN was the first cable news channel. Its success encouraged competitors to rise, notably MSNBC, and particularly Fox News, starting in 1996. Fox has been chipping away at the CNN audience for years; and now it has become a hemorrhage, with Fox recently having three times the audience of CNN.

What happened? CNN became increasingly stale and an obvious mouthpiece for the Democratic Party. Two years ago, the channel bought into the myth that the Russians colluded with the Trump campaign to steal the election from Hillary — where, as we now know, the Hillary campaign worked with various high-level government officials to attempt to steal the election from Donald Trump. Again, every day for two years, CNN viewers were told something that was not true and, as the truth sinks into the public consciousness, only those suffering from cognitive dissonance continue to believe the CNN conspiracy tale.  It is telling that the CNN moderators did not bring up the issue during this past week’s presidential debates which they hosted.

CNN clearly engaged in journalistic malpractice and is now paying the price in loss of market share. It will be telling to see who, if anyone, will be held accountable at CNN. In most industries, a scandal of this proportion would have already caused heads to roll. Some of the major pharmaceutical firms are facing not only massive fines, but the possibility that a number of their executives will go to jail because of the opioid crisis. Similar situations face firms in other industries, but the news media to date has avoided outside sanctions largely because they argue that the First Amendment even protects protracted lying. 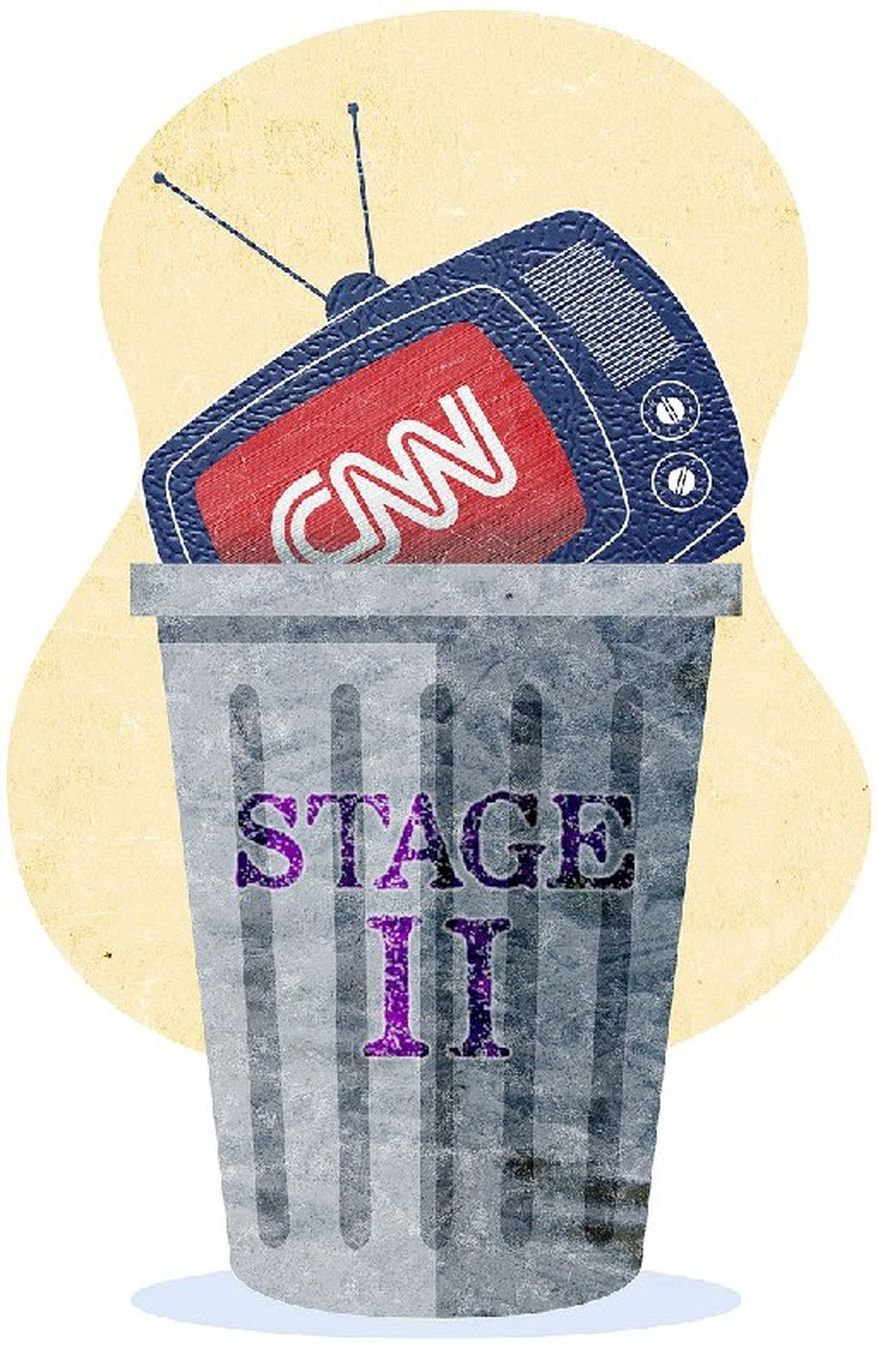 A number of the Democratic presidential candidates show a massive ignorance of basic economics — with such absurdities that massive tax rate increases on the “rich” will result in large revenue gains and do little or no damage to the economy. The truth is the opposite; but ignoring Stage II enables the proponents of such nonsense to live in their child-like fantasy world, knowing that an equally gullible or compliant press is unlikely to call them on it.

The candidates propose literally trillions of dollars in new government spending, and then have the unmitigated gall to act as if there will be no or few negative consequences — Stage II once again ignored.

We are told by some candidates that global warming is “the great crisis” and that we only have 10 or 12 (or is it 20?) years to act or all is lost. I am old enough to remember that three decades ago we were told similar things, yet we are still here, and the Earth is greener than ever. What is supposed to happen on the first day after 12 years from now? What is the optimum level of C02? (It makes plants grow faster and bigger.) Why are the new global warming models so much better than those of previous decades that contained massive errors? What happens if the Chinese and Indians don’t make the massive changes to curb pollution that would be necessary for any meaningful global reduction?

It is all well and good for candidates to say we need to reduce C02, or whatever, but without a realistic plan that the whole world will sign onto, it is nothing more than blather, ignoring Stage II. As my mother used to say, “If wishes were horses, beggars would ride.”