Supporters of Black Lives Matter in Denial of Real-World Consequences More young black lives will be lost, gun ownership will grow and a prosperous society will decline

Those who are pushing the Black Lives Matter and related agendas are in denial about the real-world consequences.

Many more, young Black lives are and will be lost (for the most part at the hands of their fellow Blacks), not fewer. It will be more difficult for Blacks to obtain good-paying jobs, not easier. Income disparities will grow, not diminish, as they recently had been. 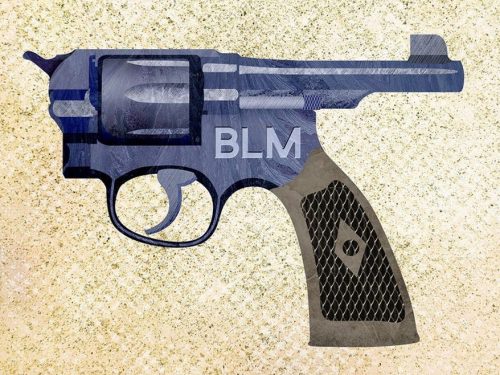 Gun ownership (both legal and illegal) will grow, not decline. There will be more accidental gun deaths, as gun ownership increases among those who are not well-trained. Respect for the rule of law and government will decline, as equality under the law declines, and government becomes even more ineffective.

Underground markets and tax evasion will increase. News organizations that fail to report honestly and completely what is happening and are in denial about things that “don’t fit the narrative” will continue to lose influence and markets. All of the above will result in a decline of a civil, just, fair and prosperous society.

This past week, I was having dinner with a couple of friends. As we were discussing the current situation, one, who is a world-renowned orthopedic surgeon, mentioned that he had just bought his first gun — he is 86 years old. Another friend at the dinner, who is a well-regarded attorney and former senior government official, allowed that he also had just purchased his first gun — but he is only 79 years old. (They both gave me permission to write about it.)

A couple of weeks back, a journalist friend told me that his wife was pressuring him to buy a gun (they have two young children and live in the D.C. suburbs). He asked for my recommendation — which he immediately followed — since neither he nor his wife knows anything about guns. There are news reports that gun sales are at record highs. I expect that many, if not most, of these sales are to people who are not “gun people” and actually dislike them — but like my three friends suddenly feel a need for them.

When you have some political activists, elected politicians and members of the news media who advocate defunding the police and at the same time claim that guns are the problem rather than criminals, most thinking people understand the real problem is with those who wish to defund the police. Almost all people — even those who have never read the U.S. Constitution — understand that there is no more basic human right than that of self-defense and will do whatever is necessary to protect their family and themselves.

Some idiot politicians and others advocate seizing guns or draconian gun control measures. No one knows for sure, but most of the estimates indicate there are many more guns than people in the United States. Fewer, law-abiding citizens are going to give up their guns or comply with the restrictions — because they, unlike their political leaders, understand that criminals do not pay attention to gun or other laws, they can no longer depend on the government to protect them and that it is very easy to acquire a gun illegally or even make a simple one. The technology has been around for a very long time and the needed tools are available anywhere, even without a 3D printer.

According to news reports, the University of Washington is going to have lower grading standards for Black students than other students (because “they have more to overcome and need to spend time protesting”). Ben Carson became a world-class brain surgeon whose services were in much demand by people of all races because he was viewed as the best.

If some doctor is going to perform a difficult procedure on your child, do you want someone who competed with the best or someone who got the degree through affirmative action? Requiring lower standards for one group of people because of race, sex, religion or what have you will, in the real world, reduces the demand and salaries for those people. Such actions are less a favor and more of a death wish.

Most American Blacks are now part of the middle class, with much higher average-income levels than the average European, Asian or African. They achieved this by participating in the great American opportunity society, where education, initiative and hard work account for much more than race, religion, ethnic origin, etc. What is remarkable is when the slaves were freed, most of them had no education, no property and little idea of what to do as a free and independent individual. Yet, within a couple of generations, they created hundreds of thousands of businesses and rose to the top in many professions.

As a result of considerable intermarriage and immigration, Americans come in a full range of skin colors and very mixed national origins. In the past, women, people of many different races, ethnicities, religions and the handicapped in one form or another suffered discrimination. History cannot be rewritten, which makes it even more important to treat all as distinct individuals with the same rights. Attempts to define and divide Americans by physical characteristics or a family history over which they have no control has the unintended consequence of causing destructive resentment, and needs to stop, now.