The Dumb Courtship of Amazon

Would you vote for a politician who promised to both increase traffic congestion and increase your taxes — and yes, I wrote “increase.” For those of us who live in Northern Virginia that is precisely what happened last week, when our state and local government officials announced with considerable fanfare that they had bribed Amazon — with billions of taxpayer money — to build one of its new headquarters in Virginia. With great pride, they also told us that they paid a much smaller bribe to Amazon per promised new job than did the New York governor and mayor. (Virginia Motto: We are not as dumb as New Yorkers.) 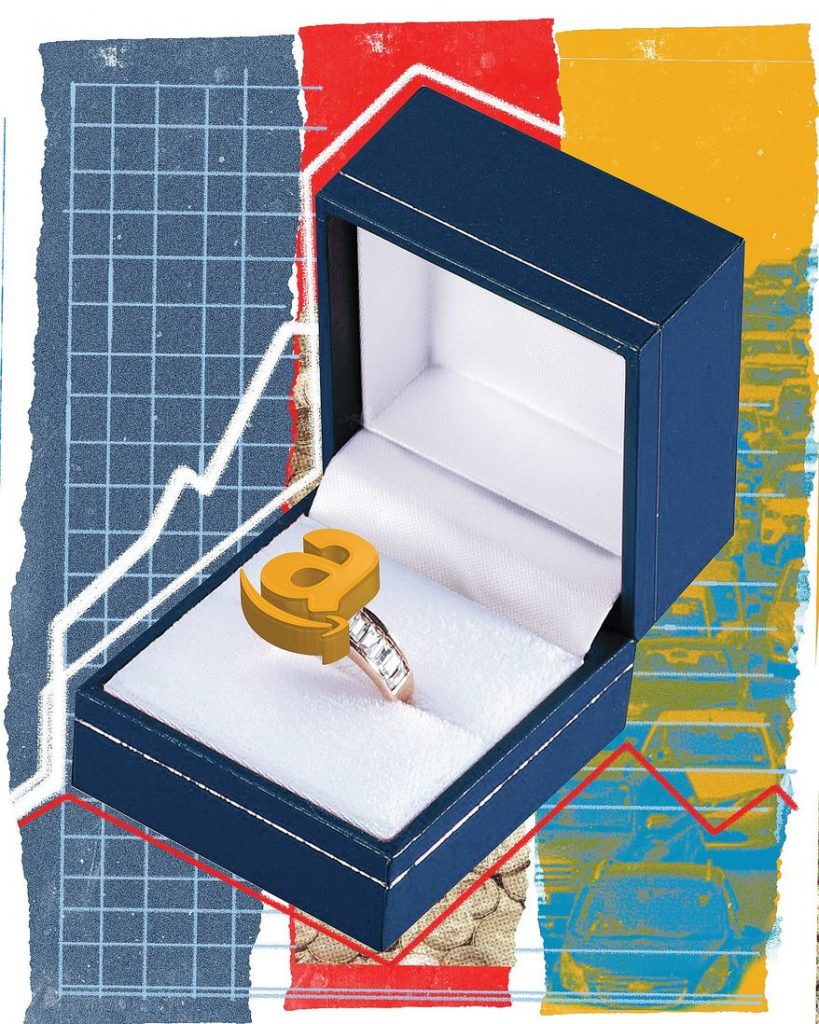 Timeout for a reality check. Northern Virginia already has full employment and, in fact, many employers cannot find enough workers; so where are the workers for the promised new 25,000 jobs supposed to come from? Government officials have been, for decades, issuing many more building permits than the current and planned road infrastructure can handle, so commuting times get longer and longer.

More jobs require more roads, which the “green lobby” opposes, and when some of the road projects get through the regulatory hurdles, they always end taking longer to build and are more costly than projected. The green lobby tells us that the new workers will be happy to take the Metro and buses — after promised service improvements — and so traffic congestion will not increase.

Politicians always promise service improvements in mass transit, which are never realized, because they cost more than projected, in part, due to union work rules. Transit systems that are government-owned and operated enterprises (socialist) are most often mismanaged. Younger voters tend to be more easily duped by the politicians because they have not experienced the decades of false promises.

For many years, owners of sports teams have been talking cities into building stadiums for their teams. The very rich owners enjoy greater profits by not having to finance the stadiums, and the taxpayers lose when the promised benefits do not arise, and particularly when teams leave, which often occurs. Cities compete for the Olympic Games — and offer great sums of taxpayer money and other valuable concessions.

The politicians who make these deals promise their constituents great benefits — but the reality is most often the cities end up with many unexpected costs and few, if any, long-lasting benefits. The voters in Calgary, Canada, just voted down a bid for the Winter Olympics, showing that they are smarter than their politicians who proposed the bid.

We were told that the money for the Virginia bribe came from “slush funds” (as named by a state legislator) that the governor and other officials have available. The founder and CEO of Amazon is Jeff Bezos, the world’s richest man, and Amazon has a market value of close to $1 trillion. By definition, all Virginia taxpayers are poorer than Mr. Bezos, as are all of Amazon’s business competitors — so why are the poorer giving to the richer?

If the taxpayer money had not been used to bribe Amazon, what would it have been used for — better schools, or even a tax cut? Mr. Bezos should not be blamed because he appears to have played strictly by the rules. And I expect he got a good laugh about what fools the politicians were who gave him all the subsidies. Mr. Bezos is very smart and more innovative and skilled than his competitors. And he knows how to buy political protection for himself and Amazon. It is most unlikely that he bought The Washington Post as a financial investment.

Mr. Bezos and President Trump have a strong dislike for each other — which appears to be more of a personal than ideological feud. So, every day The Post runs stories about what a horrible person Mr. Trump is. On the days Mr. Trump has not said or tweeted something they consider outrageous, The Post writers often go back to find some evil person from history that they can compare Mr. Trump to, even if there is no basis — but they probably think it makes the big boss happy.

The New York politicians — notably Gov. Andrew Cuomo and Mayor Bill de Blasio — are even worse than the Virginians. They have not only paid more per promised job, but are giving Amazon benefits not available to existing businesses in New York. How is that for fairness?

In the early 1900s, Western New York State was the Silicon Valley of its time, particularly the area around Rochester, which had high-tech firms, such as Kodak and Bausch & Lomb. As a result of excessive taxation and regulation, many businesses choose to leave or not expand in New York, and much of the upstate area has become an economic wasteland. How dumb is it to give bribes to businesses if they move into the state, which are financed by higher taxes on the workers and businesses that already live there?

Amazon has its headquarters in Seattle, Washington — one of the states with no personal income tax. Those living and working in New York City can pay a state and city marginal income tax rate of more than 13 percent — plus the federal tax, giving an overall rate of 50 percent. The chances of Mr. Bezos moving his personal tax home to New York City are close to zero.