Miami – Every few years, some self-proclaimed prophet comes along with the announcement that the world is going to end on some specific date (usually because of mankind’s sins). These religious doomsayer prophets receive less publicity than in times past, only to be replaced by environmental doomsayers. Last week, the good folks at the Competitive Enterprise Institute have done a service by publishing a new paper, “Wrong Again: 50 Years of Failed Eco-pocalyptic Predictions.” Below I have taken a sample of the headlines from among the many articles the CEI staff found (the full list and complete articles can be found on the CEI website, www.CEI.org).

It is tragically ironic that the CEI paper came out one day before many school children were encouraged to stop studying math and science and take a day off to protest the lack of some unspecified action on global warming. Undoubtedly, the Chinese leadership was duly impressed.

When I was in school, the concern was all about global cooling and the coming ice age, and I recall perhaps America’s best-known scientist at the time, Carl Sagan, showing a TV video clip of New York City under two miles of ice. If you are old enough, you may remember the great acid rain scare where all the fish were going to die in fresh-water lakes because of power plant pollution. In case you were wondering, it didn’t happen.

A few decades ago, the “experts” at the U.N. told us that by 2000 some island nations (e.g. The Maldives) would disappear because of rising sea levels. It turns out that the ocean seems to be rising no faster (to the extent that it can be reliably measured) than it has been doing for many decades. A recent survey of many of the low-lying islands found that very few had gotten smaller while many others had grown larger — surprise, surprise. One explanation is that coral (which lives a few feet underwater and supports many of these islands) rises and falls with sea levels, so there is something close to a steady state rather than disaster. 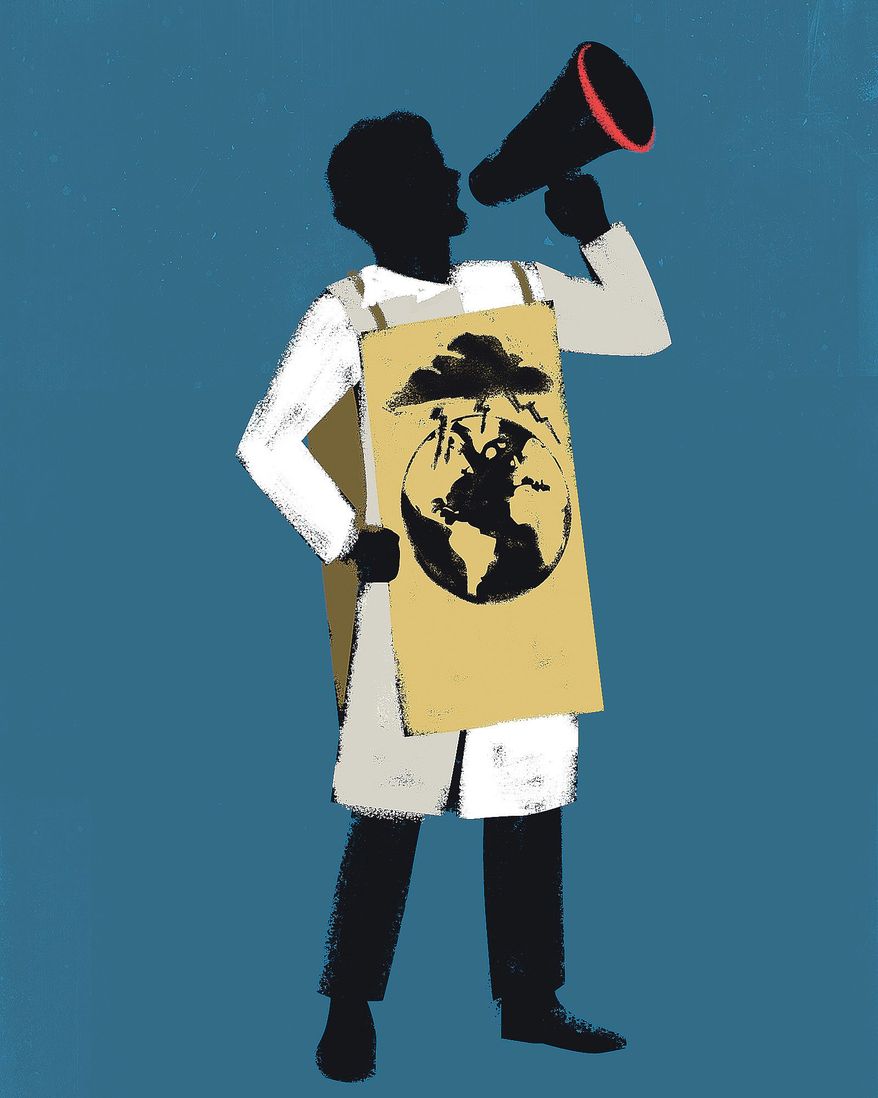 If you have been to New York City in recent years, you may have noticed that the West Side Highway is still comfortably above the Hudson River water level. I am writing this article in Miami in a building directly across from the Miami City Hall, which is in the old (built in the 1930s) Pan American Seaplane Terminal. It is an interesting art deco building at the water’s edge on Biscayne Bay. After observing this for many years, I note that the Bay seems to be getting no closer to the building proper, and the city commissioners seem perfectly happy with the facility. Yes, the sea is rising, but at such a slow rate that it is relatively easy to adapt to it, and I would be willing to bet that the terminal building (now being a historic property) will be around far longer than most of those reading this column.

We are also told by some scientists and most everyone who is currently running for president that, if we do not act in X number of years (with each having a different number for X), it will be too late — whatever that means. As with the disappearance of the Arctic Sea Ice, these predictions have been made by many over the last few decades, and the specific X years have come, and gone, and no one noticed. Al Gore, who, after decades of telling us that the Sea Ice would be gone and that it was “too late,” had a big article in this past Sunday’s New York Times with the title, “It’s Not Too Late.” Al, I am confused. What am I supposed to believe? The Sea Ice is still with us, and polar bear populations are increasing. And now, you tell us that it is not too late.