U.S. Dollar could be Dethroned Internationally by Digital Currency Private cryptocurrencies with commodity backing are the wave of the future

Why are most internationally traded commodities, like oil, corn and aluminum, priced in U.S. dollars (USD), and why is most foreign trade invoiced in dollars? Why is the USD used as the primary reserve currency by most countries — including non-allies such as China and Russia? The USD is the primary clearing currency (i.e., through correspondent banks) for international transactions and investment. The answer is simple: The USD is a better store of value, unit of account, and medium of exchange (that is, money) than any other major country’s currency. The USD is stable with very little inflation, and it is the most recognizable and liquid currency in the world. 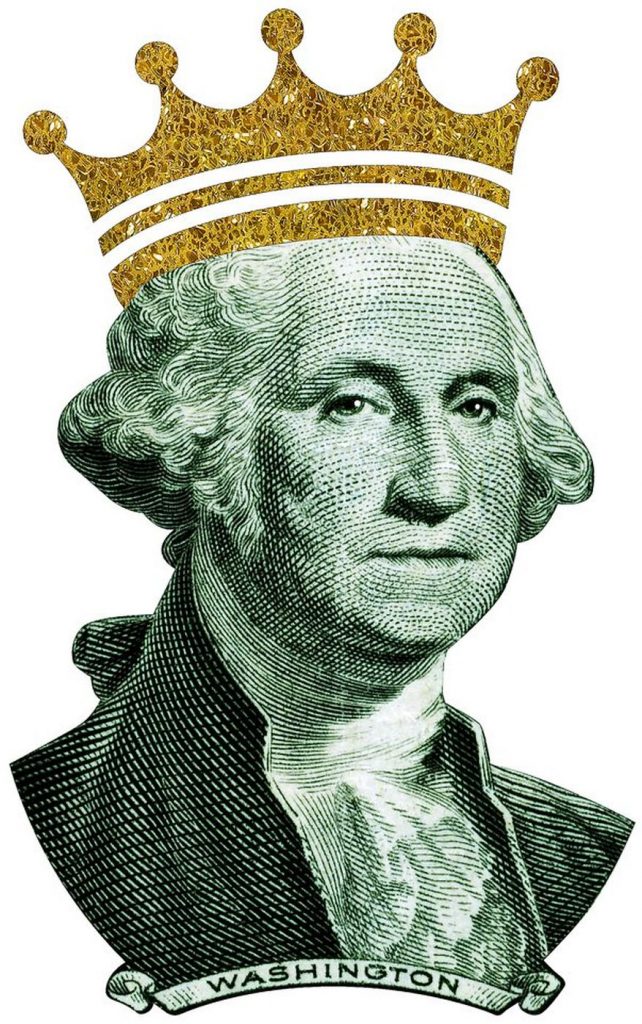 The United States gains enormous benefits from having the de-facto world currency. When foreign businesses acquire USD for trade or investment, they do so by selling directly or indirectly goods and services to Americans — that is, they provide Americans with real stuff in exchange for little green pieces of paper on which the United States pays no interest. Millions of non-American individuals and businesses hoard USD — as a safety reserve — on which they receive no interest. Assuming approximately an average of 2 percent inflation — those who hold USD in non-interest-bearing accounts are, in effect, paying Americans to hold their currency.

Other countries are understandably resentful of the profits and control that having the world’s reserve currency gives the United States. And, as would be expected, many countries are trying to find ways to cut into the American quasi-monopoly world money. The Europeans make many noises about turning the euro into a more effective competitor with USD, but it is not something a country or currency block can just will. The global market is what decides which currency is the best international currency.

The Chinese have been particularly keen to make their currency a global currency and have set up banks in foreign countries where China has aid or investment programs to operate with the Chinese yuan rather than the USD. To date, this effort has not been a great success. People outside of China are wary of accepting and using a Chinese currency because of the heavy hand of the Chinese government in owning and controlling key parts of the financial system. The U.S. government can be scary and unpredictable in its regulations; but at least in the United States, the rule of law is still practiced, and property rights are well-defended. Perceived risk is all-important when deciding which currencies to hold. The Swiss are able to charge negative interest on holdings of Swiss francs because the reputation of the Swiss National Bank is so strong, given their long tradition of financial probity. It will probably be decades before the Chinese can gain the necessary reputation for their currency to be viewed as a safe haven.

There is a growing belief that cryptocurrencies are going to serve as the money of the future, and, in fact, some governments like Singapore are experimenting with the idea. But government-sponsored cryptocurrencies will suffer the same problem that existing government currencies have, and that is because governments have proven that over time they debase the money and overregulate its use.

Private cryptocurrencies with commodity backing are the wave of the future now that the invention of the blockchain has solved the double-spending (counterfeiting) problem.

Bitcoin and similar cryptocurrencies which are based on an algorithm are likely to prove too volatile and risky to serve as a real substitute for the USD.  There are many companies pursuing the idea of precious metal — gold, or silver, or platinum or some combination — backed cryptocurrency. Clearly, such currencies can work, as demonstrated by the fact that most of the world was on the gold standard from the 19th century until WWI in 1914. It was a great age of monetary stability and economic growth. The problem with gold is that more than 20 percent of the known supply is owned by governments who often make buy and sell decisions based on domestic political considerations, which adds to price uncertainty and volatility. Also, gold is heavily regulated in many countries.

A better alternative might be a market basket of commodities or a widely-held industrial commodity like aluminum — which is unlikely to suffer much regulation. (Note: By way of disclosure, I am working with others to create a digital aluminum trading system.)

Those who can create private currencies that have a high degree of price stability and can easily be exchanged for other goods or services — peer-to-peer (computer-to-computer or phone) without an intermediary like a bank — will erode the USD currency market share until those currencies are dominant. King dollar is unlikely to be killed by another competing government money, but most likely by digital technology — which should make the world both freer and more prosperous.