Why Polling Is Not Rocket Science ABC and The Washington Post were all in for Biden, and their faulty poll numbers reflected that 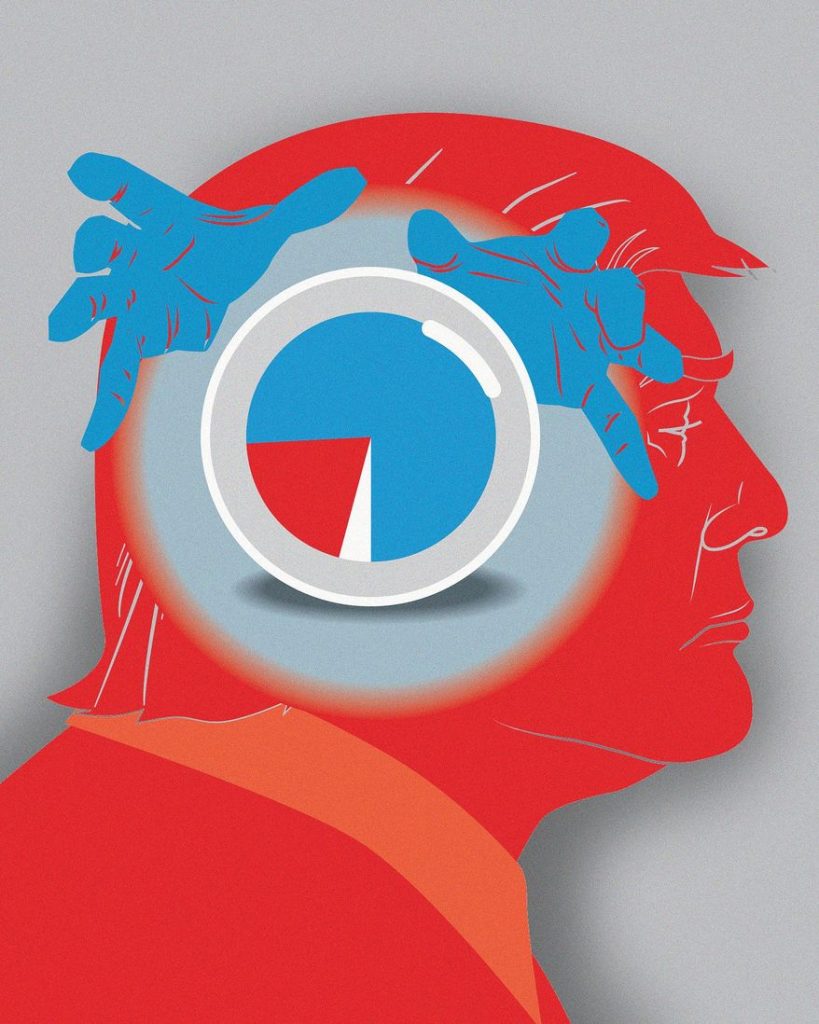 In March of this year, I had the pleasure of going to Cape Canaveral to watch a launch of Elon Musk’s SpaceX Falcon Heavy cargo lifting rocket that sent a payload of roughly 60 satellites into precise orbits. But even more spectacular to watch was the return of the rocket booster precisely to its intended landing spot at the Kennedy Space Center so it could be reused.

Rocket scientists can precisely calculate the rotation of the Earth, the distance to the moon at any given time and all of the movements of the moon, and then send a variable speed rocket to a precise point on the moon, or Mars, or whatever object in space they are targeting. Imagine yourself on a high-speed merry-go-round on an up-and-down horse, firing a bullet with your rifle at a high-speed merry-go-round a mile away, and intentionally hitting a rider on one of the up-and-down horses precisely in his heart. Not an easy task, but the math whizzes at Cal Tech, NASA and the space companies routinely accomplish such and even much more difficult tasks.

By contrast, if someone wants to know who is going to win a local election, they could select a random sample of the local folk and then ask each one in the sample who they are going to vote for. Traditionally, this was how opinion polling was done. Far from rocket science, but it worked reasonably well — but then the media and politicians messed it all up.

On Oct. 28, the ABC/Washington Post poll reported that Joe Biden was 17 points ahead in Wisconsin, where in fact both candidates were about even —– so the poll missed it by about 16 points. The poll number was so implausible that any pollster with an ounce of common sense, integrity and professional competence would have tried to figure out what was wrong before releasing it. But ABC and The Washington Post were all in for Mr. Biden so, probably the people responsible for the poll wanted to believe it and allowed that belief to override professionalism.

It is unlikely that Mr. Bezos would allow his Blue Origin rocket company to perform as poorly as his Washington Post polling company, because he would soon be out of business. One of the spokesmen for a polling company made excuses for their poor performance. He said many of the Trump voters were not telling pollsters the truth as to how they intended to vote.

If you were pro-Trump and had been told for the last several years by the mainstream media that Trump supporters are stupid, racist, bigoted, homophobes, etc. when poll-takers asked for your opinion, are you going to tell them the truth? The fact that the polling companies could not figure that out indicates who is really the stupid one.

Even though most of the polling companies failed in giving accurate projections, not all of them did. After the massive failures in polling in the 2016 election, many of the companies claimed to have fixed their models and procedures — but now it is obvious that most of them failed to do so. Media companies that continue to use and report the projections of the polling incompetents are themselves parties to fraud. One obvious reform that needs to be made is getting media companies — particularly those that take editorial stands on issues and candidates — out of the polling business. The conflict of interest is obvious.

As a student, I conducted surveys for a market research firm and quickly understood how dirty behavioral sampling data often is. Decades ago, I also ran polling operations (among other things) for several congressional candidates. With those internal political polls, accuracy was everything, because good data would drive much of the messaging — and there was no benefit to inflating or deflating the results. This is why the internal polls of political candidates are often much better than the media or commercial polls.

CNN, The New York Times and MSNBC are probably less likely to report on a poll that shows any Republican candidate far ahead of his or her Democrat opponent. Commercial polling companies want their names mentioned in the press. Doing an accurate poll that is not reported is often less important to them than doing a less accurate poll that is reported.

Political polling is not rocket science. Those in the rocket business get rewarded for success. If polling companies were told that they would only be paid if their final numbers were within 2% of the actual result, what do you think would happen?