Abuse of Government Control over Banks Can Happen in U.S. Pitfalls of the Corporate Transparency Act and Illicit Cash Act

Thirty years ago this past Saturday, the Berlin Wall fell. That act and subsequent events freed hundreds of millions of people in Eastern Europe and the former Soviet Union.

Unfortunately, there has been a partial rollback in Russia. Opposition leaders who are fighting the corruption of the Putin regime have found their bank accounts drained in recent months. The Russian government uses the excuse that the monies are corrupt, when, in fact, the corruption fighters are being deprived of their property by the corrupt government as a warning not to oppose the Putin-controlled state.

Many believe that the abuse of government control over banks could not happen in the United States. But, in fact, it already happened under the Obama administration when the administration sent word to the banks that opening and maintaining accounts for “socially undesirable” businesses like gun dealers would be looked upon with disfavor. This, despite the fact that such businesses are totally legal, and “socially undesirable” has no basis in law and is totally in the eye of the government bureaucrats.

Because banks are so highly regulated, bank executives, for good reason, are justifiably afraid of irritating the regulators, who can subject them to extreme and costly audits, etc. It is ironic that many in the press and political left accuse President Trump of fascism, while it was the Obama administration that used the IRS, bank regulators and the FBI to abuse and spy upon political opponents. 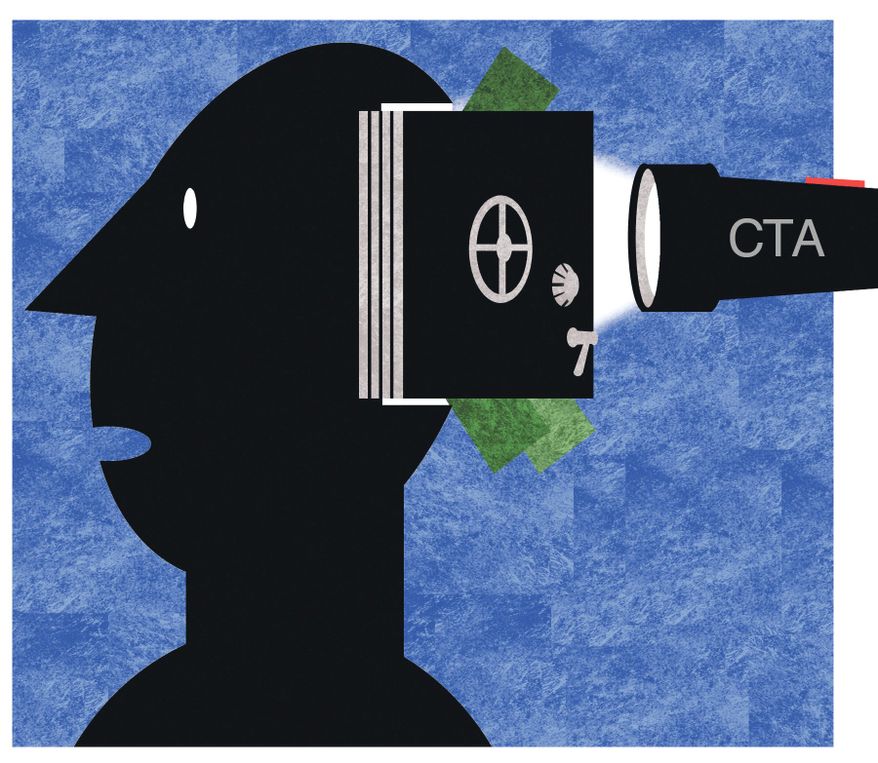 Congress may soon greatly increase the power of the government over not only banks, but all businesses, particularly, small businesses, with greatly expanded “beneficial ownership” reporting requirements. Congress is considering two bills, the Corporate Transparency Act of 2019 (CTA), which the House has passed, and the Improving Laundering Laws and Increasing Comprehensive Information Tracking of Criminal Activity in Shell Holdings Act (the Illicit Cash Act).

These bills, plus the expanded beneficial ownership requirements, will affect all businesses, as well as charities and churches.

Beneficial ownership is the term applied to identifying the true owners and/or controllers of an asset. It may seem straightforward but in practice is anything but. There are many perfectly good reasons to keep private the beneficial owners of an entity. If one is subject to potential criminal extortion by gangs or others, a tool of protection is keeping the ownership of one’s assets private.

Many people are subject to abuse or extortion by corrupt governments or government officials and over-zealous prosecutors who go beyond the law for political purposes — all of whom would exploit the knowledge of beneficial owners.

There has been a global movement led by a few large countries to push for universal beneficial ownership requirements and for such information to be shared among countries, many of which are corrupt or partially corrupt, or without proper legal safeguards. As in Russia today, opposition groups and civil liberties groups can easily be harassed or worse by misuse of beneficial ownership information.

Personal and financial privacy are fundamental rights guaranteed by the U.S. Constitution. Many of the proposed provisions of these acts and regulations appear to violate the Fourth, Fifth and Ninth Amendments, and will almost certainly be litigated for years, leaving all those potentially affected in legal limbo.

The CTA is aimed at the smallest of small businesses (while the politicians hypocritically claim they love small business). It would impose a huge compliance burden on 11 million businesses with fewer than 20 employees.  These are the businesses that are least able to hire expensive accounting and legal help to comply with regulations.

It would require a corporation or limited liability company to file a report with the Treasury containing a list of its beneficial owners. However, partnerships, trusts, and other legal entities would be exempt, (as if any of this made any sense). A couple of million other businesses and non-profits, including churches, will need to seek exemption from the regime.

Failure to report fully and accurately can result in substantial fines and even prison time. Most very small business, charity and church officials are likely unaware of all of the new requirements, let alone understanding them, given the vagueness of much of the language. Are we really going to send the “church lady” who also keeps the books to jail because she failed to file an incomprehensible form to the government, with no cost-benefit justification?

All of this is being done in the name of trying to reduce “money laundering.” The existing anti-money laundering rules and regulations are estimated to cost $4.8 billion to $8 billion per year. Yet, all of these costs and efforts result in fewer than 700 convictions per year (many of which are just add-ons). Sophisticated people can find many legal and illegal ways to launder money, so the law catches mostly the naive, at a cost of $7 million per conviction — which is a huge waste of resources.

The Heritage Foundation published an excellent “Backgrounder” last week on this issue. In conclusion, I quote the author of the paper, David Burton: “The beneficial ownership reporting rules in both bills are easily and lawfully avoided by the sophisticated, so they would do virtually nothing to achieve their stated aim of protecting society from terrorism and other forms of illicit finance.”