Americans Freely Finding Common Bonds with One Another Is Not Racism Is the urge to free associate (clustering) greater than the urge to integrate?

Is skin color a good predictor of income and other success among Americans? Take a look at the enclosed table, and you will notice that the highest per capita income among the large ethnic groups in the United States is from those of Asian Indian origin. Some Asian Indians have skin close to the color of the typical African, while others can be as white as the typical European, with every shade in between. East Asians have skin colors ranging from white to dark brown (and not the stereotype of “yellow”).

If the United States were really a racist society, it would be unlikely that the average “color” of the highest-income minorities was darker than the majority White and that so many Black Americans were millionaires and even billionaires and have held the highest political offices.

There are many factors that can explain average income differences among groups, including the propensity to get married before having children, and the degree of focus on education in the household.

During my first trip to China several decades ago, the Chinese coordinator of our group of a half dozen white American scholars made the comment that to the average Chinese all Americans/Europeans look alike. He said it half in jest, knowing the common expression among White and Black Americans is that “all Chinese look alike.”

He went on to explain that the nation we know as China, like Europe, had been formed from many different tribes with their own identities and languages, and they had been as diverse as European. And while it was easy for Chinese to identify various Chinese groups, it was much harder for them to identify various European nationalities as native Europeans typically do.

Subsequently, I read studies showing that people find it easy to identify family members and groups of individuals who somewhat look like their family or group, but the farther groups of strangers were genetically from them the harder it was to do individual identifications. This appears to hold true among all races — which in part explains why groups of strangers placed in the same vicinity tend to cluster with those most like them.

Go to any liberal college cafeteria where you would least expect to see any overt racism. Most likely you will see some clustering among various groups of students based on similar appearances. Black students at some major universities are now demanding all-Black dorms. Is the urge to cluster greater than the urge to integrate?

Did you know that Finland has a Swedish minority, and this minority is resented by some members of the majority because it demands that Swedish, along with Finnish, be taught in the schools, etc. If you are not a Scandinavian and visit Finland, you probably will not be able to tell the difference between a Finn-Finn and a Swede-Finn — both groups tend to have blue eyes and light hair — and are White.

But the locals, upon meeting some Finn they have not previously met, will immediately tell you whether they are a Finn-Finn or Swede-Finn. Because they are human, each side of course tends to look down on the other. (Sweden occupied much of Finland from 1150-1809.) 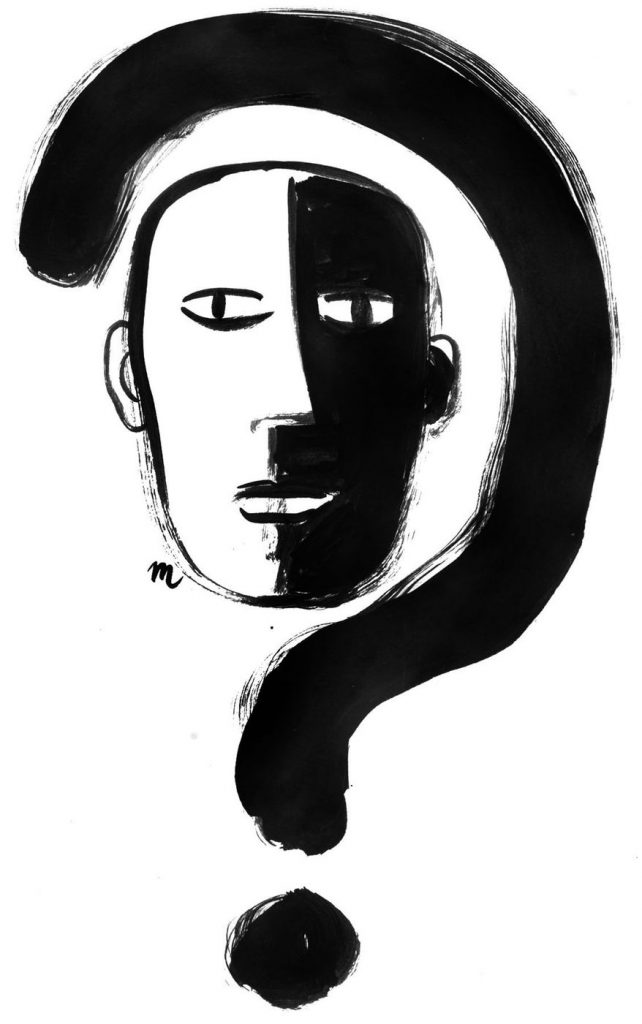 Michelle Obama, in a recent podcast, lamented that “White people don’t even see me when I am in public.” She told a story of going to get ice cream with her daughters when she was first lady. She asked the Secret Service agents to wait outside the store to give the appearance of normal for a few minutes.

While waiting in line with her daughters, a very rude White woman butted in line in front of her, not recognizing who she was.  The woman might have been forgiven for not recognizing Michelle, but treating a person of another race as unworthy is not only despicable but undermines civil society. Fortunately, “go to back of the line” while common in some places a half century ago is now rare.

Most employers have long since learned that discrimination in the workplace is not only illegal but stupid. The world is highly competitive and rejecting people on the basis of race or sex is to throw away talented human capital and thus put the organization at a disadvantage.

At the same time, voluntary clustering may be at least partially genetically wired, and trying to prohibit it will not work. If men and women wish to have separate clubs — so be it. If Italian-Americans wish to form a club to celebrate Italian history and food — wonderful (particularly if they invite me as a guest for some of their dinners). The same goes for a group of Black musicians wanting to form a group to play and preserve historical jazz — (and again I would like — but would have no right — to be invited — to some of their sessions).

Free association (clustering) and choice is a fundamental human right (e.g., the government has no right to tell you who to marry or what their race or religion or economic status must be). Clusters of people who come together for common interests (e.g., birdwatching) or to promote specific religious or political views, or mutual support, tend to be good for society whether they are casual temporary groupings or formal organizations, provided they do not try to deny equal clustering rights of others.