Most voters have made some votes they regret — when they voted for a winner, and he or she did not live up to expectations. The situation is even worse when you convince someone to vote for a candidate who turns out to be a disaster. The person you convinced to make the bad decision probably, at least quietly, resents you for giving bad advice and has lost some respect for your judgment. 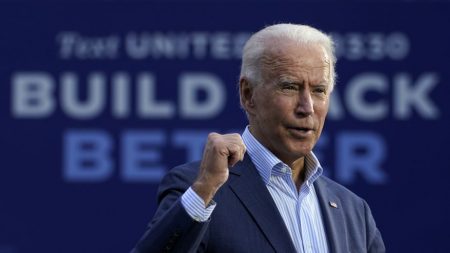 Most of the mainstream media, by being so far in the tank for Joe Biden, have now put themselves in the position that if he is elected and fails, they are going to suffer even lower reputations. To the extent they try to defend a failing Biden presidency, fewer readers or listeners are going to pay any attention to them — lower ratings mean fewer advertising dollars, which will result in more job layoffs for journalists.

Under the best of circumstances, a Biden presidency is probably going to be bad for the journalistic profession. Mr. Biden is low energy and boring. For his defenders, he will be particularly hard to cover, because he is unlikely to give them the red meat that sells newspapers and attracts listeners.

Love him or hate him, President Trump is not boring. He seems incapable of going more than a couple of days without either causing a controversy or putting on an entertaining show. You can argue that he is bad, but he is genuinely funny. He is the best thing that has happened for the news business in decades.

Under a Biden presidency, CNN and MSNBC will find boring, unsmiling people to support Mr. Biden’s tax increase on the basis of “fairness,” even when it is a clear negative for family incomes and economic growth. Despite claiming that he is not going to increase taxes on the middle class, Mr. Biden’s tax increase proposal will do exactly that by abolishing the Trump tax cuts, which reduced taxes for everyone. There is no tax revenue to collect by only trying to tax people on incomes of over $400,000 — because they are the people who know how to avoid tax increases — legally or illegally.

There are big-business people supporting Mr. Biden. But when his administration increases the corporate tax, thereby slowing growth and reducing profits, how are the stockholders, employees and suppliers going to react? Mr. Biden’s business supporters are going to have some explaining to do — and some may even lose their jobs or have their compensation cut.

This year, Mr. Trump is actually the safe vote because you know what you are going to get — a narcissist, but someone who is clearly reluctant to get the U.S. into wars, yet innovative and bold on foreign policy. His economic policies are pro-growth when it comes to taxes and regulations — but often counterproductive when it comes to tariffs and particularly government spending.

The problem is that Mr. Biden is likely to be much worse. He has surrounded himself with the foreign policy establishment types who are for both war and appeasement without understanding the contradictions. His economic policies are worse than Mr. Trump’s in every way — more taxes, more regulation and even more spending than Mr. Trump’s.

The greatest danger of a Biden presidency has been articulated by his supporters, including Nancy Pelosi, who seek one-party government and a destruction of the fundamental institutions that have made America. Mr. Trump is accused of being a dictator by his opponents, but, in fact, he consistently obeys court decisions — even when he disagrees with them.

Unlike a number of Democratic governors, mayors and other Biden supporters, Mr. Trump has not tried to restrict free speech, freedom of religion, freedom of assembly, freedom of the press and the right to bear arms. His court picks, at all levels, show he has great reverence for the U.S. Constitution, unlike what the majority of Democrats favor by their increasing overt demands to ignore constitutional restraints and guarantees.

It took America almost 200 years to basically guarantee equal rights for all Americans — by operationally implementing the ideals of America as expressed in the founding documents. The great tragedy now, when victory has almost been achieved, is that many in academia and the press are undermining the very idea of equality by demanding discrimination against Whites and Asians. Ironically, the Biden crowd is supporting more, not less, discrimination.

The course that the Democratic majority has laid out is predictable. First, get total control of all three branches of government and eliminate the checks and balances. Abolish the filibuster, pack the courts and bring in new states and voters who are almost certain to support the Democrats.

Then take away individual rights — speech codes for the whole country, not just colleges, eliminate freedom of assembly on the basis of “health risks” to both kill religion and opposition rallies, eliminate Second Amendment rights on the basis that guns are dangerous and hence a health risk, etc. Increase subsidies to public radio and TV to make it harder for private media to compete, and increasingly censor what remains of a free press.

The playbook is familiar to anyone who has experienced or read the history of the fascist, socialist and communist states. Unfortunately, too few journalists have a sufficient command of history to know what is going to happen to them — and everyone else.