Did you receive 4.2% interest (the inflation rate) on your bank account this past year? More likely it was under 2%, on which you had to pay “income” tax, even though you lost money in inflation-adjusted terms.

The Constitution gives Congress the power: “To coin Money, regulate the Value thereof.” You probably don’t recall Congress passing a law to reduce the value of your money by 4% — because it didn’t. Actions of the Federal Reserve Board caused the value of the dollar to fall (which is called inflation). 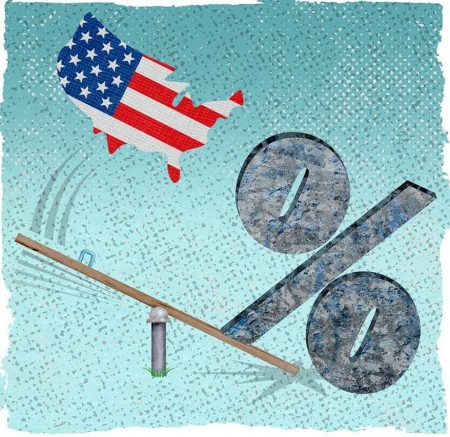 The IRS also taxes capital gains — the difference between the price of what is paid for an asset and what it is sold for. The 16th Amendment to the Constitution gives Congress the power “to lay and collect taxes on incomes.” The problem is that capital gains are not income — they are merely a change in the price of an asset, most often caused by government-induced inflation.

If a person bought a rental house on the south side of Chicago thirty years ago and sold it last year for 50% more than they paid for it, the IRS would say there was a 50% capital gain and then levy a tax on that gain. The value of the dollar has declined by more than half in the past 30 years, so the owner suffered a real capital loss – and yet was required to pay a tax on that loss.

More than 40 years ago, President Carter proposed an increase in the capital gains tax rate — during a time when inflation was in the double digits. Those who sold assets that had been held for many years, like timber owners, farmers, etc. paid taxes that exceeded 100% on real gains (inflation-adjusted). The capital gains tax was killing new investment, leading to slower economic growth and higher rates of unemployment.

A tax revolt occurred in 1978 when the Democrat-controlled Congress joined with the Republicans to cut the capital gains rate to 28% from a maximum of 49% (eventually reduced to 15%) that Mr. Carter was reluctantly forced to sign into law.

A replay of 1978 is now occurring. President Biden has proposed an increase in the capital gains tax rate at the same time of rising inflation — a formula for economic suicide. The rate needs to be cut — but so far what is lacking are smart and responsible members of Congress to lead the battle in the way that the late Rep. Bill Steiger, Wisconsin Republican, Jim Jones, Oklahoma Democrat, and the late Sen. Cliff Hansen, Wyoming Republican, did in 1978.

The Washington establishment never learns. Sen. Sheldon Whitehouse, Rhode Island Democrat, during a hearing last week complained, “We learned of the staggering $7.5 trillion the tax gap will cost us over the decade.” The so-called “tax gap” is the difference between what the Washington taxers want them to pay and what they actually pay.

It appears that people have invested several trillion dollars in cryptocurrencies like Bitcoin. Many people buy cryptocurrencies because they have a declining faith in the U.S. dollar and other national currencies, and are also seeking a higher level of financial privacy. The IRS claims that cryptocurrencies are property and thus a capital gains tax must be paid on any gain between the purchase price and sale. Losses are deductible — but only up to a limit of $3,000 per year — which, in effect, means the government is saying “heads — I win, tails — you lose.”

It is precisely because of these one-sided “contracts” that people lose faith that those in the government and tax authorities will be fair. If the government is viewed as a tax cheat, many then lose their reluctance to try to find legal or illegal ways around funding what they view as a corrupt government.

Assume a friend buys Bitcoins over time at three different prices and then pays for a restaurant meal with some of the Bitcoins. If the price of two of the Bitcoin purchases has risen, but one has fallen at the time of the dinner purchase, whether or not your friend needs to report a capital gain or loss depends on “which” Bitcoin he used — but they all look the same in his computer. The IRS demands that every Bitcoin holder trace each individual transaction by coin or fraction thereof and pay the required tax — a record-keeping near impossibility as the crypto coins are increasingly used for many and even tiny purchases.

The solution for the problem is for the government to be honest and stop trying to tax phantom capital gains from inflation. Most countries do not even try to tax capital gains, let alone those from commodity trading transactions and cryptocurrencies, because they understand it is a zero-sum gain where the government receives no net revenue when inflation is not taxed.

In October 1981, I wrote an article for the Wall Street Journal, titled “A Way Out of the Gold Commission Dilemma,” making this same obvious point, as have many others over the last four decades. As an optimist, I will continue to make these arguments, even for another 40 years, if necessary, until tax morality and reason strike Congress.