The Chinese Communist Party virus (aka COVID-19) is forcing people to be innovative — and many will be constructively creative. From the rise of the Internet, workers and consumers are becoming increasingly untethered from a physical location to work or shop. This trend is now in forced acceleration. 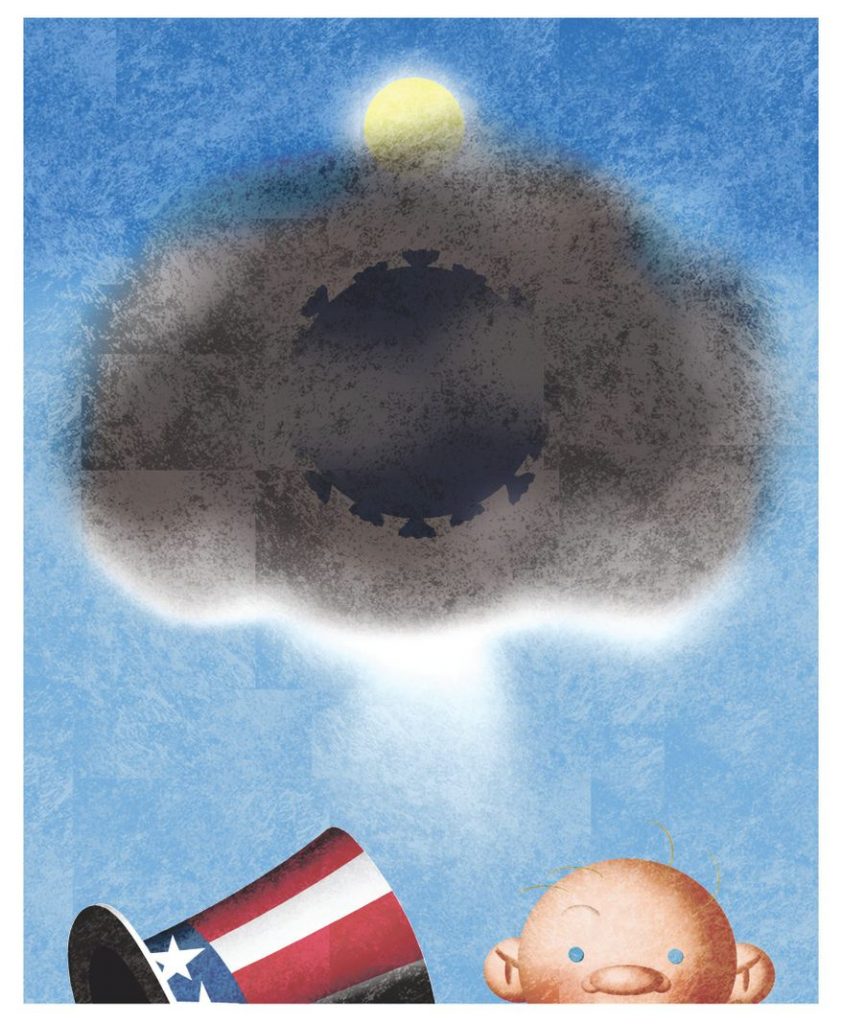 Each day, more and more employers and employees are realizing that they can get by perfectly well without everyone being in the same physical workplace for the entire day or week, or even month. Go through a mental exercise where you try to identify what jobs absolutely depend on a person in a specific physical location. It is relatively easy to understand how most office workers can shift to working at home, given the Internet and all of the related communication tools like “Zoom.”

A world of artificial intelligence and robots is no longer science fiction.  The pilot of an airliner does not have to be in the plane — she can be home in her pajamas. The USAF has been operating drones from airbases in Nevada to do precision weapons’ strikes in the Middle East for more than a decade.  The Navy is experimenting with crewless ships, and the owners of oil-tankers and container ships are paying close attention.

The world’s second-biggest retailer (Amazon) has few stores — and its warehouses and delivery services are increasingly automated. Companies with physical stores, whether Walmart or MacDonald’s, are increasingly automated with fewer workers per customer served. Companies like FedEx or UPS are moving toward a world of crewless aircraft and driverless delivery vehicles. The control of these services has been largely done in offices — but there is no reason why they could not be done through a coordinated workforce from home.

For decades, manufacturing has become more and more automated with fewer and fewer workers at the plant where the product is produced. Picture a world where future iPhones are designed in Silicon Valley with engineers working in a fully communicative fashion from their homes anyplace in the world.

The components would then be produced in automated factories in many locations and their outputs would be automatically sent to various locations for final and totally automated assembly and then shipped by self-driving vehicles so the first time a human hand touches the phone is when the customer opens the package in her home. This is not a world decades off, but only a few years away.

When Cyrus McCormick (1809-1884) invented the mechanical reaper in 1831, there was fear that millions of farmers would lose their jobs (at the time something like 80 percent of the population worked on farms). But as farm automation grew and the price of crops continued to fall in real terms, as they are still doing, those who were displaced obtained, for the most part, better jobs in the new industrial economy.

This process continues to the present, where a single farmer, using automated equipment, genetically improved seeds, and precision fertilizer, can operate a very large farm controlled by computers in his home and produce enough food to support thousands of families.

The educational establishment has been resisting technology for eons — and so like Socrates two and half thousand years ago, there is a teacher or professor who stands in front of a few students attempting to impart knowledge. We now know that students learn in many different ways and at different rates, depending on the subject matter. Technology enables each student to learn in a variety of formats at a rate that best suits his or her mental and physical abilities.

This will no longer require millions of classrooms designed to seat 30 students — because each student has their own learning machines and communication devices, enabling them to learn most everywhere. This process is now well underway. Think of the cost savings alone in physical plant and education bureaucracy. The virus crisis is forcing a speed up in change out of pure necessity.

The medical sciences are now being pushed ever harder to innovate — whether it is the speed at which vaccines can be created or evaluating and treating patients with various forms of telemedicine without the costly and, also at times dangerous, need for patient face-to-face contacts with medical providers.

Every innovation, whether the steam engine, mechanical reaper, microchip, or the Internet, always spawns many more new jobs than it destroys because of the additional wealth created. These new jobs, for the most part, cannot be seen, because they are yet to be invented. Go through a list of want ads for employment and count the number of job types that did not exist a half century ago — you will be amazed.

Forcing people to stay at home, away from their traditional jobs, is painful and destructive — but will also serve as a catalyst for a new wave of innovation that will allow most people to escape the constraints of a specific physical workplace.

It is indeed true that an ill wind blows nobody good. COVID-19, while causing great misery, has also once again served to enlighten people as to the true nature of communists, who could have stopped it, and is becoming a global spur to constructive innovation.