Listening to the debates among the Democrats running for president, there is much hand wringing about the alleged increase in income and wealth inequality. But is it true?

Back in 2013, French economist Thomas Piketty, by using tax data, wrote a best-selling book claiming that inequality had been growing rapidly and that the top 1 percent had been “making out like bandits” at the expense of the rest of the 99 percent. Mr. Piketty’s, and his co-author’s, arguments were quickly picked up by socialist and socialist-leaning politicians like Bernie Sanders and Elizabeth Warren, who proposed massive income taxes and wealth taxes on the rich. 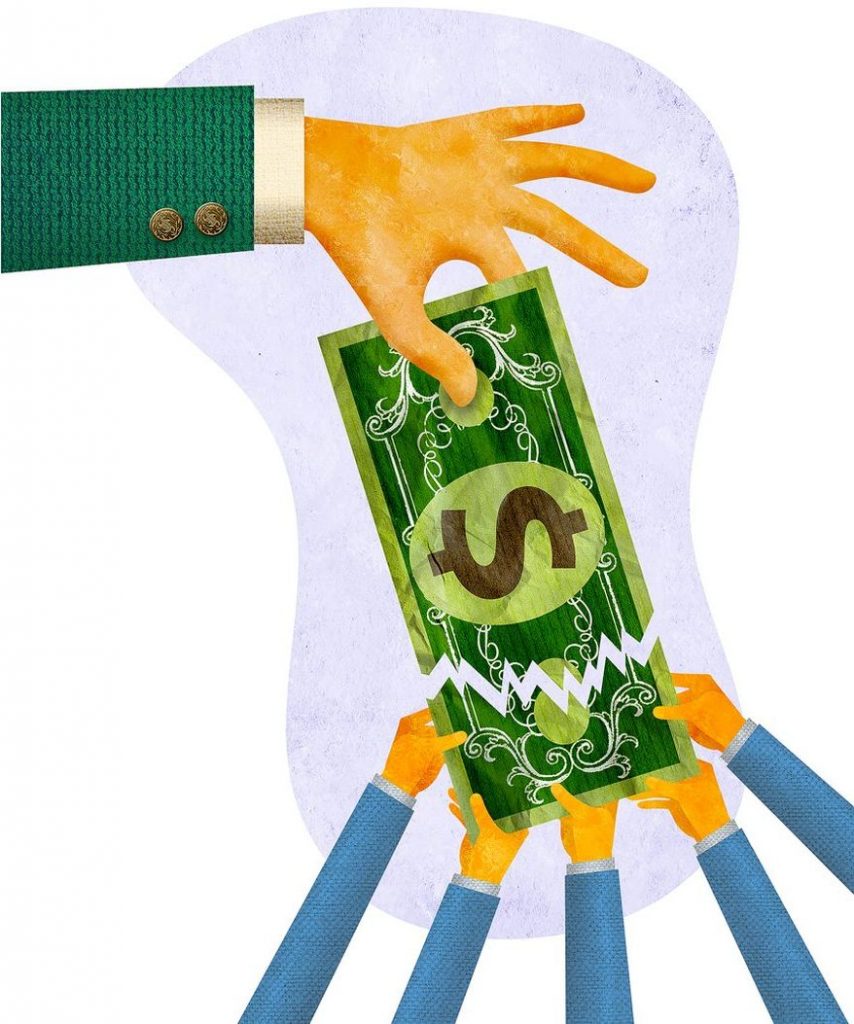 Knowledgeable economists who are experts in income distribution have doubted the Piketty thesis from the beginning. In an article in last week’s Economist magazine on the issue, the editors state: “a recent working paper by Gerald Auten and David Splinter, economists at the Treasury and Congress’ Joint Economic Committee on Taxation, respectively, reaches a striking new conclusion.

It finds that, after adjusting for taxes and transfers, the income share of American’s top 1% has barely changed since the 1960s. Other economists have come to similar conclusions, notably Alan Reynolds in a paper for the Cato Institute where he destroys many of the Piketty arguments and methodology.

Mr. Piketty and his colleagues did not adjust for taxes and transfers, including child health programs and Medicaid, which greatly alter real family income levels. Marriage rates are higher among the more affluent, leading to larger family sizes — again, Piketty and company failed to make the necessary adjustments.

There are many other errors in Mr. Piketty’s work and, when corrected, show the alleged crisis is largely non-existent. These facts have not kept many of those who are running for office from continuing to misstate the actual problem and from proposing “solutions” that are likely to cause many new real problems.

Everyone recognizes that higher incomes are better than lower ones because they enable a higher level of consumption. But as a society becomes wealthier, consumption patterns also tend to level out. People of means used to spend a large amount on clothing compared to those with lower incomes — expensive suits and shoes for men.

But times change, few try to flaunt affluence by their dress. When young billionaires started wearing T-shirt, jeans and athletic shoes to high-level meetings and major presentations, clothing as a mark of income and wealth went out the window. Few in high-tech America wear ties and coats as part of their daily dress. Most exclusive clubs have “relaxed” their dress standards.

My town has both billionaires and ordinary folks as residents; but when you go to one of the local pubs, you have no idea of the net worth of the person at the next table by what they eat, wear, or even what car they drive. After all, we have a billionaire president who enjoys fast food (as do many of the rest of us).

In the mid-1970s, when I first arrived in Washington after graduate school, my boss at the time had a chauffeured Cadillac with a phone in it. It was a radio phone where one had to make contact with an operator, and it had no apps. We thought it was a big deal — but now billions of people all over the world have cell/smartphones. We all now have access to chauffeured cars — called Uber or Lyft, and they are available even to people of modest means.

There perhaps is no invention that has done more to equalize incomes and consumption than the cellphone. People in poor countries who might have not even owned a book now have largely free access to almost every book ever written. A billionaire might be willing to pay a thousand times more than a college student for a better smartphone. But when Apple and the other providers announce the newest version, it is available to all regardless of income or social status.

The automobile went from being a rich man’s toy to a necessity for everyone and now to a commodity with little distinction between them. A few years ago, an auto buff friend showed up with a new six-figure car, which had the first lane-warning signals I ever saw. Soon, they will be a requirement on all new cars with many other safety features not available to the richest people on the planet two decades ago.

We now live in a world where almost everyone has enough to eat (often too much), and all of the worlds’ knowledge, including the latest medical finding, is available nearly for free. Technology, by bringing down the real cost of most everything, and particularly knowledge, has made the necessities of life less income dependent.

The great danger to income and consumption for most people is not the one-percenters but the nanny state, which reduces choice and increases cost.