Fear, Corruption And Opportunity Trump gamble on the southern border appears to pay off

Never underestimate fear of financial loss as a motivator. Last week in this column, I argued that the threat to place tariffs on Mexican goods was a bad idea because there are less risky and destructive ways to deal with the immigration problem on the U.S. southern border. As of this writing, it now appears that the president’s bold gamble has paid off — despite the reservations of us timid economists.

The Mexicans reacted almost immediately by sending a high-level delegation to Washington and quickly gave in to almost all of the president’s demands. What I failed to fully appreciate, unlike other measures that the United States has proposed and/or enacted, was the fact that the tariff would immediately affect the economic well-being of most of the Mexican financial and business elite. In low-margin businesses, the tariff might be sufficient to destroy or severely damage many Mexican-owned businesses.

The rulers of Mexico, Honduras, Guatemala and El Salvador probably care little, if at all, about the millions of their own citizens seeking to flee to the United States (legally or illegally). The migration gets rid of malcontents, and many of those who do find jobs in the United States send back remittances to their families, helping the local economy. The “wall” and other impediments to gaining entry to the United States are probably not seen as a plus to these corrupt and incompetent rulers. 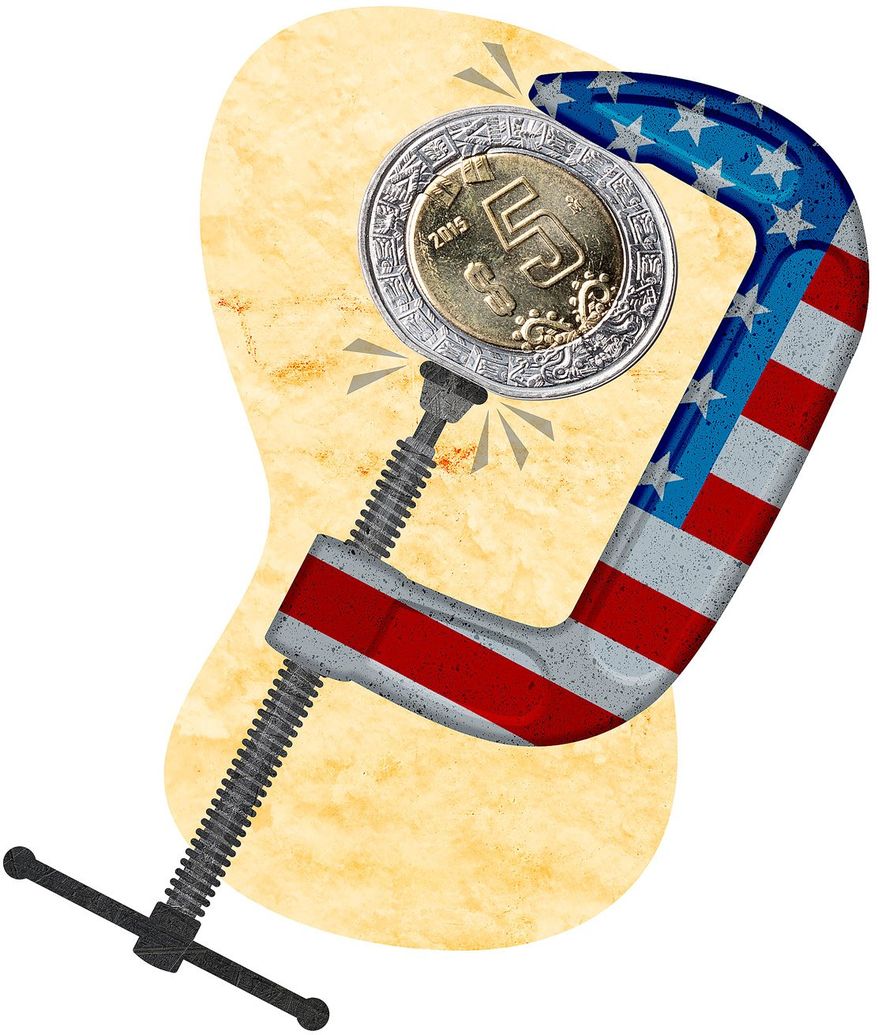 Honduras, Guatemala, El Salvador and Nicaragua have been independent nations for two centuries, which is plenty of time for them to have developed the necessary institutions and policies to be successful countries — but instead, a series of corrupt and incompetent rulers has kept them on the dark road. It did not need to be that way.

Chile is the richest and most successful country in South America, yet 40 years ago it was a Marxist basket case. Chile became a rich, civil and democratic country, not through foreign aid, but as a result of enlightened local leadership who understood that both poor and rich would benefit if property rights were protected and the rule of law maintained, along with good monetary and fiscal policies. Argentina used to be far richer than Chile, but a century of mismanagement, despite numerous IMF bailouts, has left it as an also-ran. Venezuela, despite having the world’s largest oil reserves and having been the wealthiest country in Latin America, is now a political and economic disaster as a result of implementing many socialist policies.

Countries can succeed or fail, regardless of natural resources (or lack thereof), climate and ethnic composition. A half-century ago, Singapore, South Korea and Taiwan were poor and somewhat corrupt. Now, they are rich with a strong commitment to the rule of law and property rights. Singapore, without any natural resources, now has a much higher per-capita income than the United States.

What is true of countries is also true of states and cities. States and cities that have high levels of corruption, incompetent political leadership and destructive policies will suffer population and tax base loss — Detroit being exhibit A. Last year, both Illinois and New York lost more than 40,000 of their citizens, while Texas and Florida each attracted more than 300,000 new residents. Illinois is mired in debt, and the City of Chicago is correctly known for its high level of corruption. Locals blame high levels of inner-city poverty and easy access to guns from neighboring jurisdictions, while failing to recognize that the inner-city poverty is a function of bad schools and other government failures. They are unable to explain how denying most Americans their Second Amendment rights to own guns to protect themselves from the hooligans that run around free in Chicago as a result of a dysfunctional justice system will make things better rather than worse.

Three decades ago, New York City had a terrible crime problem. In their wisdom, the New Yorkers elected Rudolph Giuliani mayor, who immediately tackled the lawlessness and cleaned up the city, giving it the lowest crime rate of any major city. Michael Bloomberg was elected after Mr. Giuliani retired and continued to manage the city in a first-rate way. But rather than learn from success, the New Yorkers elected the incompetent Bill de Blasio mayor (not once but twice). Crime is again climbing in the city, the streets are getting dirtier and the school system is slowly being destroyed.

The economic and political elites in any country or city are usually able to protect themselves from the squalor their policies have created — the billionaires in Silicon Valley wall themselves off from neighboring San Francisco.

A broader lesson from the Mexican tariff threat is that real political change more often happens when the elites get hit. IMF, World Bank, other international aid programs, and grants or aid to state and local governments rarely achieve their objectives when the ruling elites can find ways to line their own pockets with the “aid.” Sanctions in the form of travel bans and restrictions of movement of monies on the elites and oligarchs tend to be far more effective than giving grants on the promise of better behavior.