Successful countries are characterized by a fidelity to long-lasting traditions and institutions, including the rule of law. Jurisdictions characterized by few constructive traditions, weak institutions and failures to maintain the rule of law are prone to chaos. The U.S. is threatened at the moment by calls to undermine a key institution the U.S. Supreme Court and by certain state and local authorities who are failing to maintain the rule of law. There are a couple of non-complex and very doable solutions for these two problems. 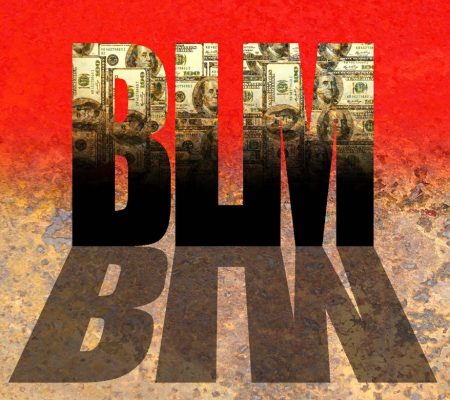 The American Founders were keenly aware that parliamentary democracies tend to evolve into corrupt majoritarian tyrannies, so they designed a republican form of government with three branches of government to checkmate each other. The Founders understood that the U.S. Constitution they created was not perfect and from time to time would need to be amended in an orderly and defined way. It took a century-and-a-half to grant full rights to former slaves and women, but it was accomplished.

George Washington established the tradition of a president only serving two terms, which was observed by all American presidents up to Franklin Roosevelt. Roosevelt was elected to four terms but only served a few months into his fourth term before dying. Both Republicans and Democrats quickly understood that more than two terms was not a good idea, and so the 22nd Amendment to the Constitution, limiting a president to two terms (codifying the tradition), was ratified in 1951.

The tradition of nine judges on the U.S. Supreme Court has been in effect since 1869, even though Congress could have changed it. The Constitution is silent on the number. Roosevelt proposed increasing the number to obtain a court more to his liking, but even many members of his own party rejected the idea, and it was never adopted.

Recently a number of, but not all, Democrats have proposed increasing the size of the court with the belief they will then receive more decisions to their liking. Proposals to “pack the court” is one of the reasons for the current political chaos. There are many problems with court packing, including the likelihood that whichever party is in power will pack the court with its friends, making the court less independent and more like another legislative branch. Once one party does it, the other party may find the pressure to add its own justices irresistible when it gains power, leading to an even bigger and more chaotic court and a greater chance of abuse of power by whichever party is in the majority.

“The Supreme Court of the United States shall be composed of nine Justices.” That one short sentence is an amendment to the Constitution proposed by a bipartisan group of former state attorneys general, members of Congress and leading legal academics. Polls have shown that Americans by a 3-to-1 ratio prefer to keep the court at nine. Making the long-standing tradition of nine part of the Constitution will take the issue off the table, thus reducing the area of political contention and chaos.

Another way of reducing the current chaos, which is caused by the failure of many public office holders to uphold their oath to protect person and property, would be for more of those who have had their property damaged or destroyed, or suffered personal injury to sue those who fund the rioters and felons.

If you hire a hit-man to damage another’s property, injure or even kill the target, you have committed a felony. Whether or not the public authorities act, the victims have the right of private action against you. Likewise, if you contribute to an organization whose members are known to damage the property or use violence against others, you could be held liable for the illegal actions of those you helped fund.

A number of major American companies and rich individuals have funded Black Lives Matter and groups affiliated with them. Some of this money has almost certainly been laundered to fund the violent activities of some of the rioters. Investigative reporters and entrepreneurial lawyers could make a name for themselves by doing more to “follow the money” that supports the wrongdoers. Then, shop owners and others who have been victimized by the rioters could bring suits against the contributors to these organizations.

Banks and financial companies are required to “know your customer” in order for them and the authorities to know that the sources and uses of funds that flow through their institutions are for legal purposes. The failure to do so can result in very severe penalties. Even though the rioters might buy the riot gear – arson components, weapons and so on – with cash, that cash almost certainly was dispensed through one or more banks, which received it from companies or rich individuals. Those companies or individuals, by not doing sufficient due diligence on the expenditure of their donated funds, could be liable. This could include individuals who have paid the bail for repeat felons who go on to commit more crimes.

A couple of successful, highly publicized suits against well-known companies and individuals could bring a quick end to the funding of the rioters and other felons; and fixing the number of justices at nine would end much of the chaos.