You are watching a football game, and at the first play after halftime, players on the losing team pepper-spray players of the other team, incapacitating them. All would be outraged because of the unfair and deplorable conduct. Everyone understands that whether it is sports or other games, the rules must be followed and the cheaters punished. 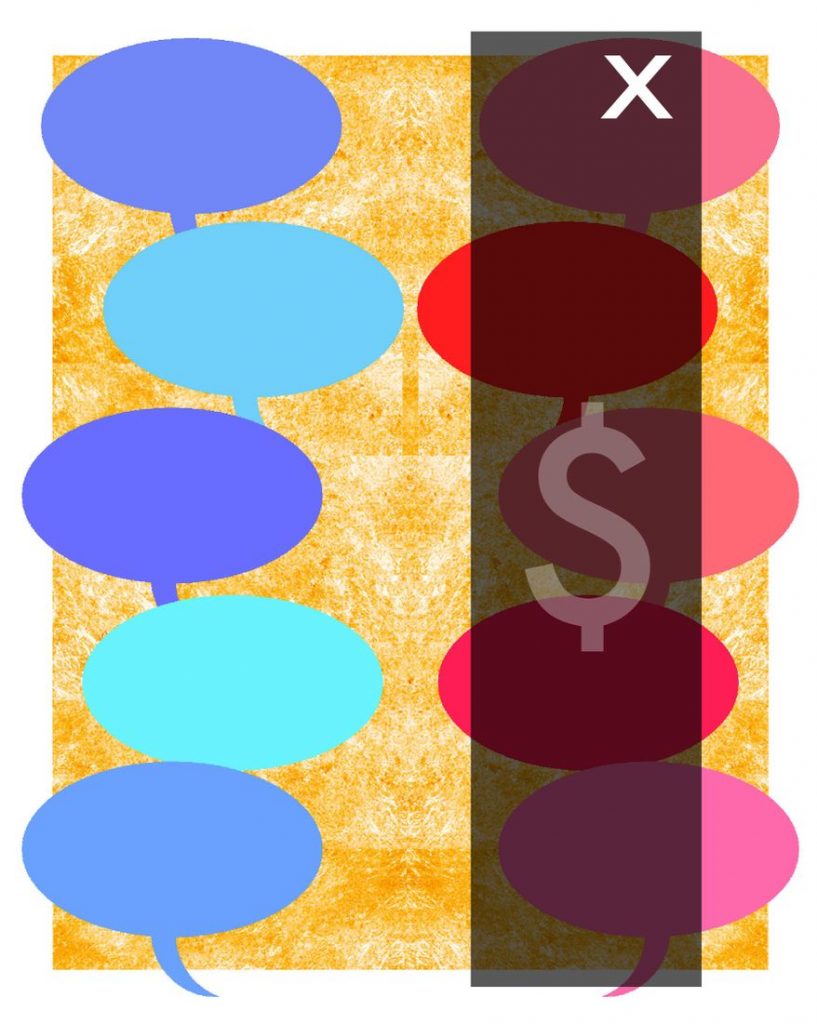 As Churchill noted, democracy is the least bad of all political systems. But for democracy to succeed, certain basic rules must be followed. All parties must have the right to make their case — which includes statements of affirmative vision, but also as to why the competition is inferior or even unfit for the job. In trying to establish democratic forms of government, the ancient Greeks understood that free speech was necessary. Likewise, during the Roman Republic (before the Empire), free speech was protected.

After the end of the Roman Republic, the rise of absolute monarchs and authoritarian theocracies (Christians in various forms and the Muslims) all restricted the right of freedom of conscience and speech. The Reformation re-opened the idea of free speech. But, for the most part, each of the new and old Christian sects believed that only they understood the true way, and those who disagreed were destined for Hell.

The theological disagreements turned out to be very bloody affairs, with as many as a third of the population in some European countries dying in battles over who God favored. Much of this ended with the Peace of Westphalia in 1648 — which, in effect, created the modern nation state. Most of these nation states had an establishment church — but now there were many establishment churches that more or less tolerated each other, which was seen as progress toward a more civilized order.

In Great Britain, the religious discord continued all through the 1600s. Many members of minority Christian sects sought their own space — and the king and church establishment were happy to grant “charters” to these various malcontents to establish colonies in North America as a way to both get rid of them and also to expand the reach of the new British Empire.

Most of the colonies (with the exception of Rhode Island) were intolerant of those with slightly different beliefs. Fortunately, the ideas of the leading thinkers of the Scottish Enlightenment were taking hold in the British American colonies so, by the mid-1700s, classical ideas like freedom of religion, assembly and speech were becoming widespread.

The American Founders, having suffered oppression under King George III, well understood how fragile basic freedoms are and thus did their best to make sure under the new Constitution that they would be preserved. In many ways, America has become freer in the last two centuries — notably getting rid of slavery and segregation, and ensuring equal rights for all.

But those who wish to control the lives of others are always with us — and not just in government, but also in the media and increasingly in high tech. Last week, in a conspiracy with a unit of NBC, Google attempted to censor free expression by defunding both the Federalist and Zero Hedge by denying them access to advertisers.

What is particularly disturbing is that leaders of NBC and Google, by trying to censor views they disagreed with, did not immediately understand that such actions were not only odious and un-American, but would be another step in undoing the progress in making the world freer and more tolerant.

Google and its parent company, Alphabet, have a near monopoly on “search” and, along with Facebook, advertising allocation. These and some of the other big high-tech executives have no problem in sucking up to officials of authoritarian China but feel free to use their market power to crush smaller U.S. competitors and those who speak and write in favor of liberty.

Brilliant thinker and commentator Tucker Carlson of Fox News has been the most articulate, well-reasoned and courageous critic of the bullies and thugs who run these companies. And true to form, some of his weak-kneed advertisers have given into hateful pressure groups to stop underwriting his show.

Yet, a week ago, Mr. Carlson had more viewers than all of his competitors combined for his time slot — so the cowardly corporate idiots who stopped advertising hurt their own stockholders, the cause of enlightened discourse and human progress.

AT&T owns CNN, a propaganda operation for the Democratic Party and pretense news network, which would be fine if it were gaining market share and enriching the parent company’s stockholders. But, in fact, it has been losing market share to Fox News for decades. Business school students are taught that if a company has a poorly performing unit, the appropriate thing to do is change the strategy and/or management. AT&T has done neither, which should tell you all you need to know about the management of the company.

Many of the leaders of high-tech and even big media companies appear ignorant of the importance of free speech and other basic freedoms in economic development and civil society. Free market democratic capitalism has provided more prosperity and freedom than any other system. It merely requires that participants not cheat, steal, deny freedom of expression, or hurt the person or property of others.