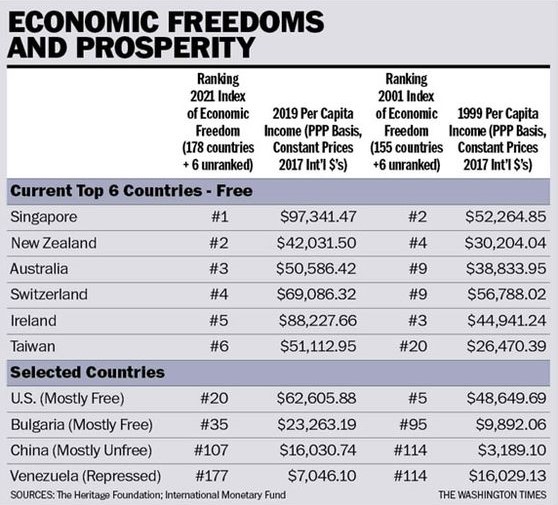 The numbers show — feeling that you are less free is not an illusion.

When the 27th edition of the Index is released Thursday, Hong Kong won’t be found.” Mr. Feulner explains how the Chinese government has largely destroyed Hong Kong as a bastion of freedom. Even more disturbing, Mr. Feulner notes, while the U.S. remains in the Index, “its prospects are equally uncertain. The U.S. has recorded its lowest economic freedom ranking ever (20th overall). Out-of-control federal spending has reduced the U.S. fiscal health score” so now it is “worse than 150 other countries graded in the Index.”

Economic freedom tends to be closely associated — but not always — with other freedoms, such as of speech, press, assembly, religion, etc. Over the decades, countries that became more economically free, and hence more prosperous, also tended to become more politically and civilly free.  Taiwan, South Korea, Chile are good examples.

The open question is whether China will make the “freedom transition.” Up to the last several years, most China watchers were optimistic that it would. Starting 40 years ago, China became economically freer, and other restraints on freedom seem to be loosening. But then, Chairman Xi Jinping began the great reversal.

The jury is still out as to whether China can continue to grow rapidly without more (not just economic) freedom. As can be seen in the table below, China is still a relatively low-income country (but with the world’s second-largest GDP because of its huge population) even though most of the mass poverty of prior decades has largely been eliminated.

The Chinese economic miracle is widely touted, but Taiwan is a much better example. In the 1950s, both countries were equally poor, but Taiwan started its economic and political reforms much earlier than the PRC.

The result is the Taiwanese have one of the world’s highest per capita incomes and a well-functioning democracy with civil liberties. It has managed to do this while under constant harassment and worse from the PRC, and in a cowardly world where most countries fail to give it full diplomatic recognition because of their fear of the Chinese communist bully.

The data for both Bulgaria and Venezuela are in the table. Two decades ago, Venezuela was basically a free-market country and had one of the highest per capita incomes in South America. Now it has the lowest, despite having the world’s largest oil reserves. The Venezuelan socialists have managed to squander all of the wealth while taking away both economic and civil liberties. 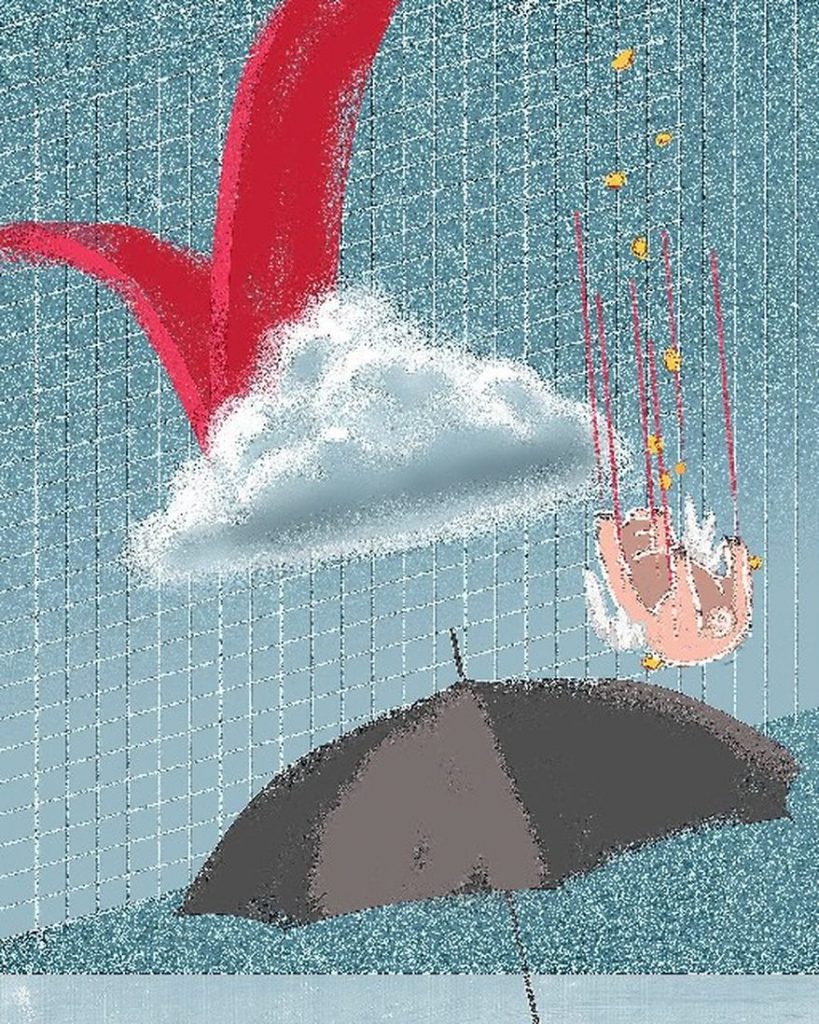 At the end of the 1980s, Bulgaria was a poor Eastern European country that had been ruled by the communists/socialists for 40 years. In the 1990s, like the other Eastern Europeans, the people of Bulgaria embraced free-market democratic capitalism; and by the end of that decade, they had a functioning democracy with civil liberties and a real market economy.

Bulgaria has neither been a superstar among the countries that tossed off the yoke of the communists, nor has it been a disaster –- just an average performer. It is now a normal European country as part of the EU and NATO, and a very pleasant place to visit and do business.

Twenty years ago, Bulgaria was much poorer than Venezuela on a per capita basis, and now it is three times richer. Bulgaria was one of the leaders in putting in a flat tax (10% on individual and corporate income) which, combined with a high degree of fiscal policy responsibility, has enabled Bulgarians to have one of the lowest debt-to-GDP ratios in the world.

Two decades ago, the U.S. was in the top five in both per capita income and economic freedom. Per capita income has continued to grow, but at a much more modest rate than most of its competitors. Slower U.S. growth is directly related to the loss of economic and civil liberties.

Future rankings are almost certain to be worse. The data in the table is based on 2019 numbers (the last full year data available) — which was before the hit on freedom — economic, speech, press, assembly and religious that the American people have endured this past year by the political class, using the pandemic as the excuse. Many of those elected representatives and judges who were sworn to uphold the U.S. Constitution have been AWOL, and many in the press have been active in the suppression of liberty. Not a rosy outlook for future prosperity or liberty.