Humor, the Most Effective Weapon in Politics Whether dealing with China or facing a political opponent, the right joke can disarm

Last week, the Chinese restricted the National Basketball Association (NBA) because a team official praised the Hong Kong fight for liberty, and then they censored an episode of “South Park” because it spoofed the Chinese communist government.

After some back and forth, the NBA announced that its official position was to support freedom of speech, and then it told players and officials that they were to say nothing when they were in China. So, the NBA position is that it is in favor of freedom of speech provided that no one speaks.

In contrast, the creators of “South Park” wrote the following letter of apology to the leaders of the Chinese communist government. “Like the NBA, we welcome the Chinese censors into our homes and into our hearts. We too love money more than freedom and democracy. Xi doesn’t look like Winnie the Pooh at all.  Tune into our 300th episode this Wednesday at 10! Long live the Great Communist Party of China! May this autumn’s sorghum harvest be bountiful! We good now China?”

The “South Park” response was a brilliant piece of political satire, perhaps read or heard by hundreds of millions if not billions. In a short paragraph, it reminds us all of the true nature of the tyrannical Chinese communist state.

It is easy to imagine how the major players in the American Revolution would react, if alive today. Benedict Arnold might well own an NBA team and be rich but despised by his countrymen and an embarrassment to his future generations. Thomas Paine might earn a living by writing for “South Park,” while railing against the liberty-hating creeps who advocate bigger government. 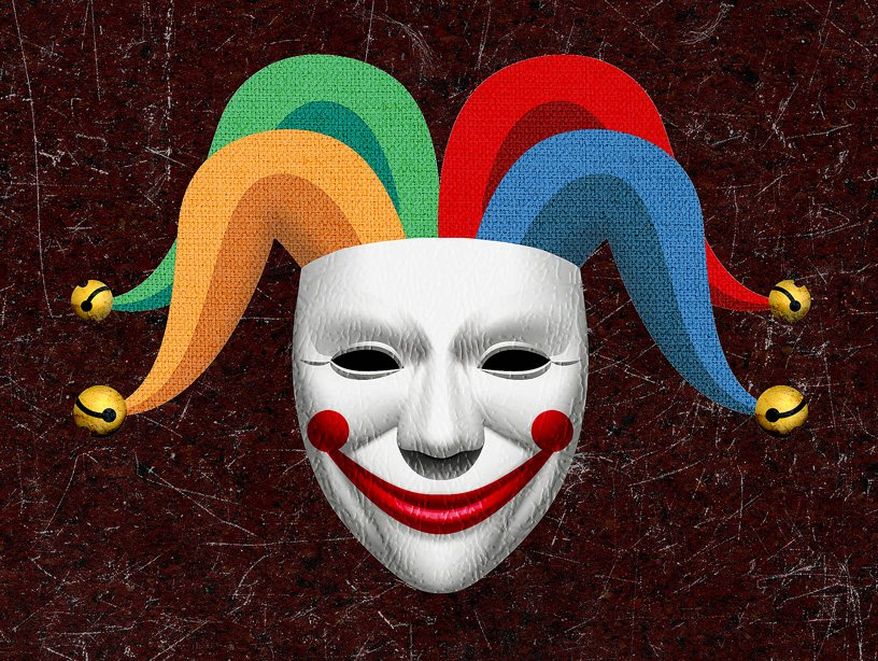 Ronald Reagan was a genuinely funny man who understood the power of humor. He collected jokes that were being told by those under communist tyranny in the Soviet Union and Eastern Europe and understood when to tell which joke for the maximum effect. When Mikhail Gorbachev came to Washington to visit him, the Soviet Union and the communist government had already lost much of whatever legitimacy they might have had.

So, Reagan gave it another gentle push as it headed over the cliff, by telling Mr. Gorbachev the joke about the fellow who had just purchased a new Russian car but was informed that it would not be delivered for another 10 years. With that, the car buyer asked whether the delivery would be in the morning or afternoon. The salesman looked puzzled and said, “What difference does it make?” The car buyer replied, “The plumber is coming in the morning.” Mr.  Gorbachev laughed because he well understood that the people’s paradise was not capable of delivering the goods. (Leonid Brezhnev and Josef Stalin would likely have reacted much differently.)

A Russian variation of the same joke: “Dad, can I have the car keys?” / “OK, but don’t lose them. We will get the car in only seven years!”

To maintain their sanity, people in the Soviet Union had endless variations of the shortage of goods jokes. “A fellow walks into a meat store and asks for fish. The clerk says, we are a meat store, but we have no meat. The fish store is across the street, but they have no fish.”

Many modern comedians have forgotten that some of the most effective political jokes are non-partisan but have an element of truth that all can understand. A mid-1990s joke had President Bill Clinton, House Speaker Newt Gingrich, and Vice President Dan Quayle riding in a car in Kansas. A tornado suddenly appears and hurls the car into the magical Land of Oz. Mr. Gingrich says, “Well I’m off to see the Wizard and get myself a heart.”Mr. Quayle adds, “I’ll go with you and get a brain.” And a leering Mr. Clinton asks, “Where is Dorothy?”

Political jokes can disarm an opponent. Reagan was the master of this, and often made himself the object of the joke. During the 1984 re-election campaign, a number of Democrats were arguing that Reagan was too old for a second term. (The country was enjoying peace and prosperity, so the Democratic debate point options were limited.) During a debate with his opponent Walter Mondale — a nice man who managed to win only one state against Reagan — Reagan said that “he was not going to make an issue of his opponent’s youth and inexperience.” The age issue almost disappeared after that quip.

A quip or even one funny word can be used to permanently undermine an opponent’s credibility. Donald Trump calling Elizabeth Warren “Pocahontas” (perhaps the fairest skinned of all senators) forever will remind voters of her tall tale about being a Cherokee Indian and her family suffering discrimination as a result.

Reagan managed to defeat his domestic political opponents and win the Cold War, without firing a shot, partly through his adroit use of the right joke and quip at the right time.  Mr. Trump is capable of being a very funny man (as he shows in his rallies), but unlike Reagan, he also has an occasional nasty streak. Among the other world leaders (a particularly dull group), the U.K.’s Boris Johnson shows some potential for humor, and surprisingly Vladimir Putin has a funny side, as when he mocks alleged Russian interference with other countries’ elections. The curse of our time is that much of the political and media establishment are humorless boors who take themselves far too seriously.