Inflation Cruelty and the Evil Capital Gains Tax There are many problems with taxing capital gains, particularly in the way the U.S. does it

One needs to be very ignorant of economics or mean-spirited to think it is permissible to tax people on real wealth losses. Yet, tens of millions of Americans are subject to such abuse each year — through the combined cruel taxes of inflation and capital gains.

Inflation is caused by government economic mismanagement. It is often stated that inflation occurs when the growth in the money supply exceeds the growth in real goods and services — which is not precisely correct. This past year, the U.S. experienced record growth of government-supplied money, but there was little inflation — because much of the increase in money ended up in household accounts, particularly of the wealthy.

The savings rate reached a record high level not seen since World War II. Money sitting in bank accounts is not inflationary because it is not increasing the demand for goods and services. 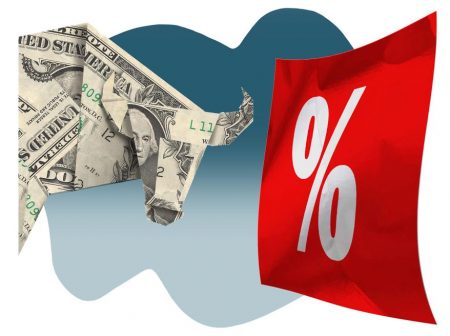 However, historical experience shows that when inflation begins to rise, people reduce their holdings in cash and low-yielding bank accounts to avoid the “inflation tax” by spending more money on real goods and services. A surge in demand for products will lead to many short-term storages, which will be allocated in the form of higher prices — giving the appearance of inflation. Once an inflationary mindset takes hold, people will increasingly rush to buy things rather than hold low-yielding banks accounts that are being eroded by the inflation. In economists’ speak — money “velocity” increases.

As inflationary expectations rise, people also seek to protect themselves by buying real assets (which are expected to rise with inflation). This is where the other mean and destructive tax — the one on capital gains — comes in. If you sell an asset for more than you paid for it, the government claims you had a capital gain and you must pay a “capital gains tax” on that gain, even if the change in price was solely due to inflation.

The government would claim you had an $80,000 gain but because the average price level had doubled over the last 30 years, you actually had a purchasing power loss of $20,000. The government would likely demand something on the order of $16,000 in taxes on the non-real capital gain, increasing your real loss to $36,000.

The price level doubled in just 10 years from 1972 to 1983. In 1979, inflation reached an annual rate of 13%, causing great economic destruction. During the chaos, President Carter, no whiz kid when it came to economics, foolishly proposed an increase in the maximum capital gains tax rate to 49%. Fortunately, wiser heads prevailed at the time, resulting in a rate cut, and eventually, the maximum long-term capital gains tax rate was brought down to 20% under President Reagan and to 15% under President George W. Bush, and then was increased to 20% under President Obama.

There are many problems with taxing capital gains, particularly in the way the U.S. does it. Any fair-minded person understands that taxing a gain that stems from inflation is wrong — because no income or gain in wealth has occurred. Fair-minded people also understand that if the government is going to tax gains, it needs to allow capital losses to be deducted — yet the U.S. government sharply limits the annual loss deduction.

Again, this is both morally wrong and economically destructive. Taxes on capital gains also cause a lock-in effect whereby people decide not to sell an asset to legally avoid paying the capital gains tax. This causes a misallocation of capital, resulting in lower economic growth and fewer jobs being created.

Studies by very good economists have shown that over the long run capital gains taxes result in no net government revenue — which is why sensible governments like the Netherlands, South Korea and Switzerland do not tax capital gains. Capital gains taxes applied to trading stocks, bonds and commodities are particularly foolish, given that the capital gains tax is discretionary in that it only arises when a seller decides to sell, so people time their sales at the most tax advantageous moment.

In reality, about the only real revenues the government receives from the capital gains tax are from those who are the least tax sophisticated or are in must-sell hardship situations — so much for caring government officials.

Finally, in the new world of cryptocurrencies like Bitcoin, the government tax authorities are going to find it increasingly difficult to track, let alone calculate, all of the gains and losses from each transaction, particularly those outside the U.S. The rise in these quasi-monetary products is a direct result of government monetary and spending mismanagement and tax and regulatory abuse. As respect for government declines, so does the public’s willing compliance with corrupt and amoral government actors. The Boston “tea party” is well remembered.