Protecting Trump from COVID-19 and Other Threats No one person is responsible for the onslaught of the pandemic, including the president

Whose responsibility was it to make sure that the president did not catch the COVID-19 virus?

U.S. taxpayers spend a substantial sum to protect the president against physical threats — including biological threats, whether accidental or deliberate. The nation protects its presidents, not because they become some sort of deity, but because they embody the office of the presidency that oversees the executive branch — which needs to be protected to ensure national stability and tranquility. 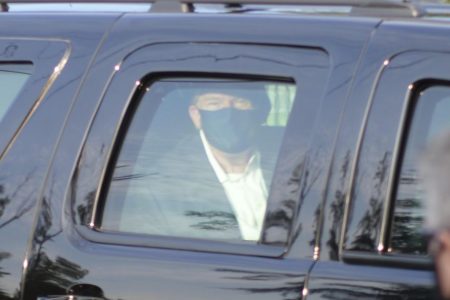 The president also needs to be protected from those in government who are desirous of staging a coup in order to gain power.

Back in 2015, if you read a story about a presidential candidate framing her opponent by funding the production and dissemination of a phony dossier (with the assistance of the FBI), claiming that her opponent was a tool of the Russians, while she in fact was using Russian sources for the dossier, your reaction would probably have been that it sounded too far-fetched. Yet, we now know it to be true, and even worse.

This past week, the director of national intelligence released documents showing that then-President Obama, Vice President Joe Biden, CIA Director John Brennan, FBI Director James Comey and others were at least aware of the plot, if not active participants. The attempt to take down an opponent, and even destroy him after he was duly elected, should have been a lead story in all legitimate news outlets but was, in fact, ignored or covered up by much of the mainstream media.

Some have such a hatred for Donald Trump that they have advocated using any means necessary to get him out of office, not just by an election. It is remarkable — and disgusting — to see how many people say that they are glad that the president is sick and they “hope he dies.” This is being done with what appears to be the blessing of some who are responsible for content in some major media outlets. The danger is that reporting such comments in a non-disapproving way might encourage some with mental problems to think that it is OK to try to take out the president, which might lead them to take direct action.

The Secret Service has the primary responsibility for protecting the president, his family and senior staff against assassination. Unlike the killing of President Abraham Lincoln, most attempts against presidents have been by mentally disturbed “lone wolves,” rather than groups of conspirators.

The president has a long list of enemies, a number of whom would benefit greatly from his non-reelection or death and a massive defeat of the Republicans. Yet, fortunately, there is little chance that any of them will resort to actually try to kill him. State actors such as China and Iran would probably be much happier without Mr. Trump as president. But they know that if they were ever caught in some direct or covert attempt on the president’s life, there would be almost certain and swift retaliation, physically endangering the lives of the leaders.

The safer course for state actors is to fund disinformation campaigns that reinforce the messages of the president’s domestic opponents. Several years ago, there was considerable evidence that the Russians were helping to fund U.S. environmental organizations opposing Republican candidates up and down the ticket. The funding appeared to have been laundered from Russian oil and gas companies through off-shore foundations.

As for the Washington swamp creatures who fear what a second Trump term would do to their gravy trains and loss of power, they know and have learned from experience that the safer weapons to get rid of the president are character assassination and legal harassment, including bogus attempts at impeachment. The Secret Service can do little to protect a president from this type of attack.

Some in the FBI and Justice Department have already shown they are willing to commit what appears to be treasonous acts to destroy Mr. Trump. It is important that the wrongdoers receive significant punishment to discourage such destructive behavior in the future. A politicized Justice Department and FBI over time will destroy the rule of law and the protection of basic liberties.

Traditionally, the press has filled the role of bringing some balance to attempts at character assassination with some major newspapers defending a president while others helped the character assassins. What has changed is the balance, with the president’s opponents in the press vastly outnumbering his defenders.

I expect that deep down the president thought he was an “iron man” — rarely, if ever, ill and blessed with an unusual amount of vigor. So, forever it will be a known unknown if the president could have avoided the infection if he had been more cautious.