Many in the political and media classes, showing their ignorance, try to ignore the laws of physics and economics, particularly when it comes to climate change. Various candidates make grand declarations that if elected they will stop all carbon emissions by “x” year. They usually propose to do this by requiring all cars to be electric by some arbitrary year, and that the country move totally to renewable energy sources — most often wind and solar.

It is true that most cars will probably be electric in the next couple of decades — but no faster than battery technology improves — and that is dependent not on legislative mandate but on scientific advancement. Batteries still require massive subsidies to compete with gasoline on a cost basis.

The electricity that will power the cars of the future and everything else will be provided by nuclear fission, hydro, fossil fuels and renewables. There is a limit to the quantity of renewables that an electric power grid can use because of the intermittent nature of wind and solar. 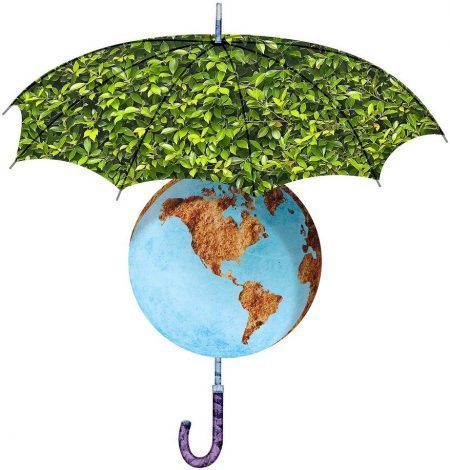 The Germans found out that solar turned out to be much more expensive than forecast and that wind had health side effects for those living nearby and was a massive killer of birds, etc. German electric rates are on average about triple those in the United States, making much of their industry non-competitive and causing a consumer political revolt. As a result, the Germans are returning to more traditional sources of power generation.

The United States has actually been reducing carbon emissions, not because of government mandates, but as a result of the huge increase in natural gas usage for power plants due to the fracking revolution (created by private-sector engineers and entrepreneurs). The irony is that the United States met the Paris agreement target reductions in carbon, while Europe, despite all of their big green programs, has not. Again, physics and economics trump government mandates.

The amount of CO2 in the atmosphere is a function of all global, natural and man-made emissions. The Chinese now have 148 gigawatts of coal-fired capacity under active construction, which is almost equivalent to the 150 gigawatts of existing coal capacity in the EU.

The middle-income and developing nations argue that the United States and Europe became rich in part because of cheap energy, and the rich nations have no moral right to mandate energy restrictions and costs on the developing countries.

Furthermore, taxpayers and consumers, as the citizens of Europe have already shown, are not going to stand for government schemes to increase the cost of energy and more taxes. People can see what these big green programs are really about — a further power grab by the Washington politicians — having little to do with a greener world.

This does not mean that we ought to do nothing. To date, the increase in CO2 in the atmosphere has been a net benefit. Plants inhale CO2 and exhale oxygen. More CO2 has increased plant growth — including food plants — bringing down the price of food. Greenhouse operators pump CO2 into their greenhouses to increase yields. At the moment, the world is far below the CO2 level to optimize plant growth — but at some time in the future, the optimum will be exceeded.

There are lower-cost ways to delay the negative effects of CO2 growth than massive tax- and welfare-redistribution schemes, and freedom-destroying mandates as to how we travel and live our lives. For at least 2,000 years, men have been re-engineering shore-lines — to cope with higher sea levels which have steadily risen from the end of the last ice age (the rate of increase in sea levels has not increased in recent decades, despite many forecasts that it would).

Recent studies have shown there is a low-cost way to stop the increase in CO2 for the next century or so — that is, plant a trillion trees (the Earth already has approximately 3 trillion trees). (Yes, there are doomsayers who claim we have only a few years left – it varies from speaker to speaker – if we don’t take massive government action. But they have been saying such things for decades, and nothing happened.)

Ecologist Thomas Crowther and his colleagues at ETH University in Zurich (the MIT of Switzerland) have determined there is enough suitable and underused or abandoned land to grow an additional 1.2 trillion trees. The trees would have enough storage capacity to cancel out a decade of CO2 emissions.

Appropriate trees would need to be planted for different climates. And the new forests need to be well-managed so that the forest floor is kept clean to reduce the chances of forest fires. Trees also have the benefit of holding ground water, which reduces flooding, providing attractive screening against urban blight and other eyesores, supplying many useful products. In sum, as the poet Joyce Kilmer wrote: “I think I shall never see a poem as lovely as a tree.”