On average, people live longer in richer and freer countries than they do in poor ones. Knowing this, does it make sense to deliberately make a country poorer?

How strong should the wing be on a jetliner? The wing needs to be strong enough not to break off given the stresses it is likely to face but not so strong that it adds unnecessary weight to the airplane which will impede its ability to fly people long distances inexpensively. 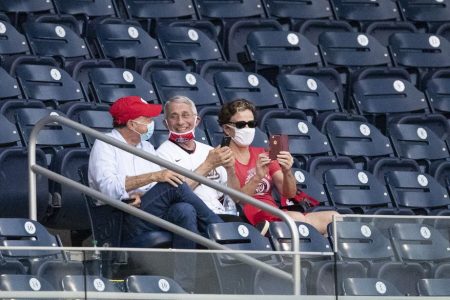 Many have walked over the magnificent stone Charles Bridge in Prague whose construction was started in 1357. Some comment that “they just don’t build things now like they used to,” which ignores the fact than most every other bridge that was built 700 years ago collapsed long ago.

The Charles Bridge was a huge mistake in that it was greatly overbuilt and designed by engineers who had little knowledge of material science. It was built by poorly fed and sheltered workers over several decades (most of whom probably never lived long enough to enjoy the completed structure). It did not meet a reasonable cost-benefit standard for the people who built and/or paid for it.

The COVID-19 lockdowns have been very costly for billions of people who have had to pay for it in lost jobs, income, opportunity, personal interactions, mental illness, etc. of perhaps little or no benefit to them. The great philosopher/economist F.A. Hayek (1899 -1992) wrote extensively about “the limits of knowledge” embodied in any one person and about the great dangers of relying on the tyranny of experts.

The noted and very prolific, clear-thinking economic journalist John Tamny has just written a new book, “When Politicians Panicked,” dealing with the misguided global response to coronavirus. Where Hayek explained the limits of knowledge in broad and abstract terms, Mr. Tamny’s book is filled with many dozens of concrete examples of “experts” who pretend to know much more than they do, and the gullible politicians and journalists who uncritically bought into their nonsense.

This past week, there was notable debate in the Senate between two well-known physicians — Dr. Antony Fauci and Dr. Rand Paul. Dr. Fauci is the government infectious disease expert who has been given major responsibilities for the fight against COVID-19, and Dr. Paul is also a U.S. senator but, unlike Dr. Fauci, Dr. Paul is not only knowledgeable in medicine but also in economics.

At one point in the debate, Dr. Paul said to Dr. Fauci: “You’ve been vaccinated and you parade around in two masks for show. You can’t get it again.” President Biden told the American people to follow Dr. Fauci’s advice — even though Dr. Fauci has been all over the map with endless contradictory statements and behavior regarding the danger of COVID-19, mask wearing, social distancing, lockdowns, school closing, etc.

In contrast, Dr. Paul has been consistent in recommending we look at the total costs and benefits of each proposed action in dealing with the pandemic. Dr. Fauci says “follow the science.” But when Dr. Paul asks where the science is behind “six feet” of social distancing or the justification for keeping schools closed, when we know that very few children die or have serious effects from the virus — Dr. Fauci has no good answers.

But Dr. Fauci knows (and that’s why he has survived under six presidents) what he needs to say to keep his political masters happy, and that is to recommend actions to give the political class more power.

The mainstream media is happy to laud Dr. Fauci no matter how nonsensical his statements, because it makes their big-government political allies happy. Perhaps no group of people has come out looking worse in the pandemic than the media who, for the most part, failed at the beginning to ask the important question to China and to WHO as to the origin of the virus.

And then they merely parroted the statements of the politicians rather than doing real investigative reporting on both the medical and economic effects of and proposed solutions for the pandemic — thank goodness for videos to expose the fools and incompetents.

As noted earlier, John Tamny documents the flight from responsibility of both the American and global political class for what has happened. Citing an article by Marian Tupy of the Cato Institute: “according to the World Bank estimates, 50 percent of the world’s population lived in absolute poverty as recently as 1980. By 2015 that number had plummeted to 10 percent, and it was falling. Which speaks loudly to the tragedy of the coronavirus panic in 2020.”

Future scholars are likely to thank Mr. Tamny for putting together the step-by-step making of the global tragedy. Mr. Tamny is a compelling writer. Imagine a book written by a World War I correspondent in 1917 before the war was over and the generals were still sending waves of men to run against machine-gun nests, and you want to shout, “You murderous fools, don’t be that stupid again.” There are still “generals” in the COVID-19 war who are shouting for more lockdowns of those at little risk — and we scream, “You murderous fools, please don’t be that stupid again!”