Mainstream Media Misinformation and the High Cost of COVID-19 Ignorance Ignorance about health matters can be traced to the news, which makes everything political

Bad perceptions can lead to very poor public policy. As reported by Health Care News, a recent poll found that young adults “overstated their risk of dying from COVID-19 by as much as 10 times.

Those 24 and under believed they had a 7.7 to 8.7 chance from dying form COVID-19 while the real risk is 0.1 percent.” Much of the ignorance about critical health matters, and notably COVID-19, can be traced back to mainstream media, which far too often misinforms and makes everything political. Scaring people sells newspapers and focuses eyeballs on the news channels. 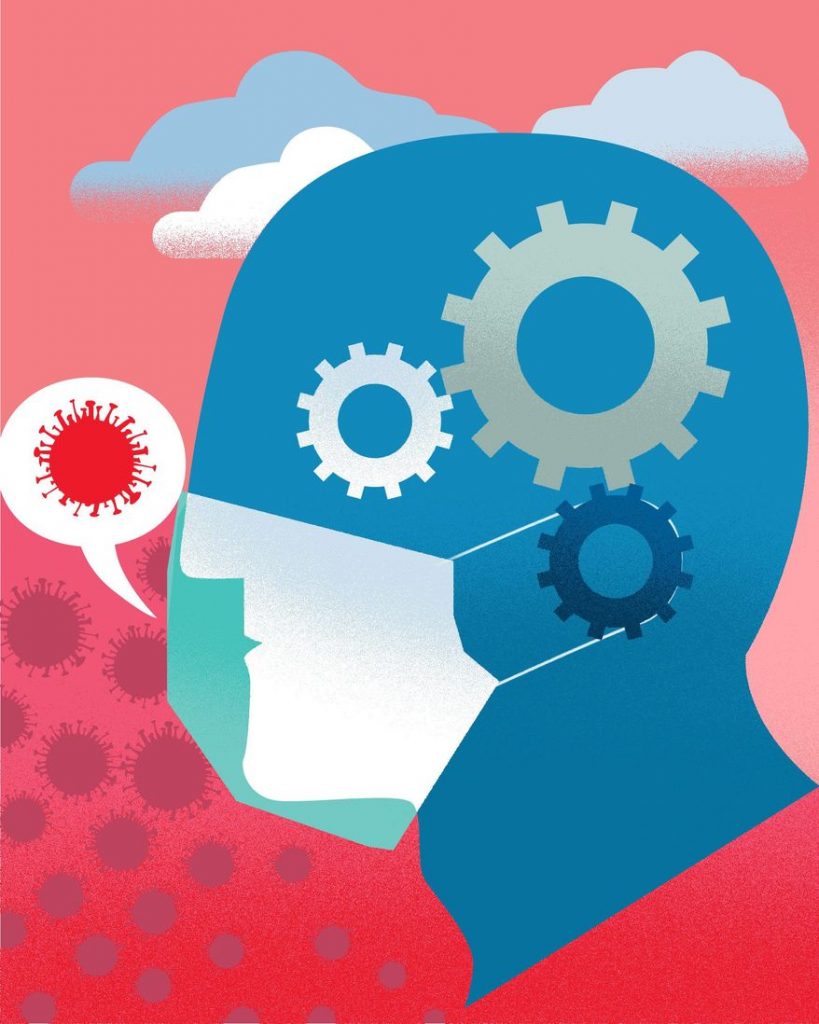 Unfortunately, government officials, like the notorious Dr. Fauci, also have an interest in keeping a high level of panic. This previously unknown government bureaucrat was given considerable power over his fellow citizens and the American economy. He clearly has enjoyed the power, as demonstrated by his almost non-stop TV appearances, his ability to glide past never-ending policy contradictions, and his willingness to comment on topics for which he has no expertise and little apparent knowledge.

Once the COVID-19 pandemic is no longer the news lead, Dr. Fauci will disappear from the tube — poof! And he knows that — so we must wear masks forever in anticipation of the next pandemic.

In a typical year, almost three million people die in the U.S., about one percent of the population, with a jump in 2020 because of COVID-19. The COVID-19 death toll continued at a high level until this past month when the total number of people vaccinated began to have the desired effect of reducing the death rate sharply. So, everyone wants to know when the pandemic will be “over” — herd immunity or whatever — so they can try to live a normal life again.

Israel had achieved about the most rapid and complete immunization, with nearly 60 percent of the population having received the vaccine. The COVID daily death toll is now in the single digits; and given the imprecision of identifying the cause of death from those who have multiple conditions, it may be close to zero.

As a benchmark, it is worth noting that in the typical year more than 100 people die each day from automobile accidents, from suicides, and from the flu and pneumonia — and we don’t shut down the economy and take other extreme measures to deal with these daily tragedies — life must go on.

At the current rate of immunization, the daily death toll in the U.S. from COVID-19 may be less than 100 a day in most of the country by the end of this month. Remember, not everyone needs to be vaccinated for the virus to stop spreading at nothing more than a tiny rate (there will always be pockets of infection — as there is with polio in some countries). A substantial portion of the population has natural immunity or had the virus, whether they knew it or not, and thus are also almost completely immune. 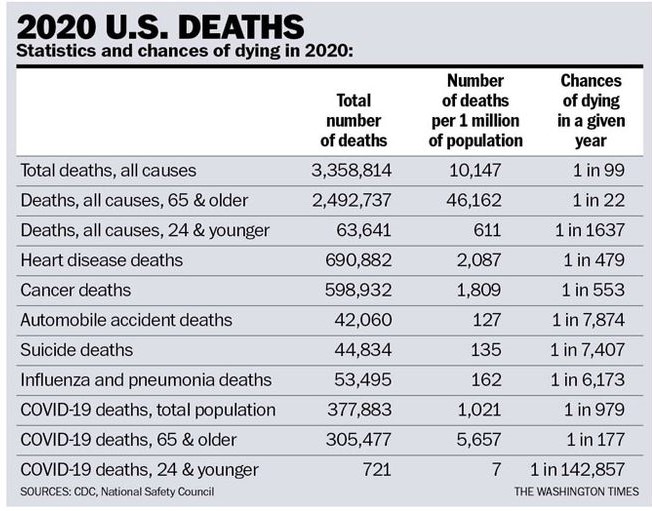 As noted, some in government will have a vested interest in claiming we must have some restrictions and mask wearing until the last COVID case – which will never happen. All of those folks who produce masks and other protective equipment also have an interest in keeping the crisis going as long as possible.

If you are under 24, you have more chance of dying from a bicycle accident than you do from COVID-19. One of greatest frauds of all time was conducted by some teachers’ unions with bogus claims of danger — but in reality they were interested in continuing to get paid for little or no work as long as possible — regardless of the facts.

These are the same folks that are supposed to teach your children math. In a just world, the taxpayers would withhold the pay of all the math teachers until they certify they are competent to teach basic statistics and probability.

Slowing vaccinations, as some have recommended because of undue fears about the vaccine, would be a major mistake. Tucker Carlson presented a worst-case scenario, without uncharacteristically noting that the chance of dying by not taking the vaccine is about two hundred times greater than dying with the vaccine. Tucker now seems to be walking back his comments to avoid sounding as irrational and irresponsible as many of his competitors and critics.

History will not treat most of our government leaders, health care professionals, and media folks well over the COVID-19 pandemic because too many of them let their own egos and ideologies get in the way of sound policies based on the best numbers. Even more disturbing was the willingness of the political class to defer to public health folks, while almost totally ignoring the overriding of constitutional protections and the erosion of basic liberties.