If the world as we know it is going to end in 12 years, should you pay your college loans back?

When we were small children, before we had learned the laws of physics and economics, we thought everything was possible. Fantasyland could be real, so we thought.

Twenty of the declared Democratic candidates for president have held their first debate which demonstrated, with the possible exceptions of Gov. John Hickenlooper and Congressman John Delaney, that they have not outgrown fantasyland. 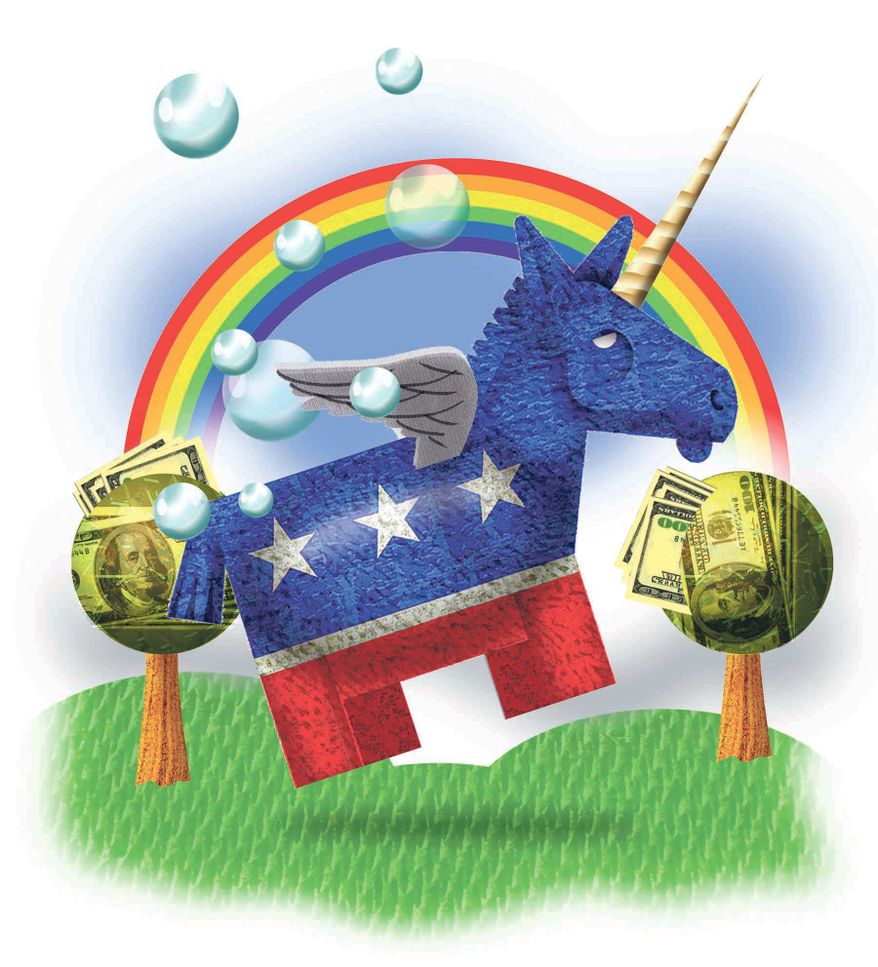 Assume that you live in a poor country. Doctors have told you that you have an illness they are unable to treat because they admit they are poorly trained and have inadequate equipment and facilities. You then learn that under the new U.S. Democratic president if you manage to get to the United States (even illegally), you will not be prosecuted and U.S. taxpayers will pay for your medical treatments. Sounds like a good deal — so you take some of your savings and borrow enough from family and friends to get a cheap airline ticket and then show up at a hospital in the United States. You have hit the lottery.

There are several billion relatively poor people — but not destitute — in the world who, at some point in their lives, could benefit from the world-class medical care provided in the United States. And now, they are going to have a “right” to it, courtesy of some Democratic politicians.

These same politicians also say that U.S. citizens have a “right” to free medical care. The U.S. government has been providing “free” medical care to veterans for many decades. The program and VA hospitals have been mired in scandal almost from the beginning with each new administration promising to clean up the mess. If the government cannot run a socialist medical system for veterans, why would any sane person think it could do it for the entire population?

Where did this right come from? The rights enumerated in the Bill of Rights of the U.S. Constitution — such as freedom of speech, religion, assembly, the press, etc. do not impose a burden on anyone else. The right to “free medical care, education, etc.” impose a burden on someone else to cover the costs, whether it is called “free” or not. Some of the presidential candidates claim that these new rights should be paid for by the very rich with a 70 percent income tax and a wealth tax.

Assuming that their arithmetic is correct (which it is not) and that additional revenue does come from the taxes during the first year of imposition, what makes these politicians think that those who are being taxed will not take defensive actions by finding legal and (even illegal ways) to avoid paying the tax in subsequent years? Think what you may of Jeff Bezos, Bill Gates and the rest, but none have been accused of being stupid.

The “taxing the rich” experiment has been tried many times in many different countries, and it always fails, forcing tax rates to be reduced once again. Art Laffer just won the Presidential Medal of Freedom, in part, for the lucid and graphic way he has explained this fundamental economic concept. Other than those in the political and media classes, most people can quickly grasp it.

All of the Democratic presidential candidates said they would raise taxes. More astute questioners would have asked the obvious — “What tax rate maximizes tax revenue, or the social welfare, or economic growth?” It is unlikely that any of them could have given a coherent answer — but if they couldn’t answer that basic question, how would they know that tax rates should be raised?

All of the candidates wanted to make the United States more democratic (small “d”), with the unstated goal of making it more Democratic (capital “D”), by increasing the number of people eligible to vote. The Founding Fathers created a federal constitutional republic, and not a democracy, by design. Their reading of history had convinced them that majoritarian democracies usually ended up with a tyranny of the majority and a trampling of basic liberties.

The Founders’ fears were well justified, as shown by many of the positions of the Democratic presidential candidates.

If the daughter of a friend asked you for a loan for college tuition, and if you decided to do it at an agreed upon interest rate and payback period, you normally would expect to be paid back in a timely manner. Suddenly, a government official decides she would like the vote of the student with the debt. So, she announces that the debt no longer needs to be paid back. You, as the lender, have just been robbed.

Millions of taxpayers agreed, through their elected representatives, that the government would give loans to students under the condition that they are paid back. Whether the loans are given by one person or 100 million people, the principle remains the same; and, in order to have the rule of law, contracts must be honored.

The U.S. Constitution was written by men who did not live in fantasyland — with the expectation that those who would enforce it in future generations would be reasonably in touch with reality. Too bad that we can not bring Mr. Franklin, Mr. Adams, Mr. Hamilton, Mr. Madison, Mr. Jefferson and Mr. Washington back to give a national tutorial in government.