Some Good News: Fake News Outlets will Continue to Lose Audiences after Election

When this commentary is published, we will not yet know who won the presidential race. Rather than add to the stress, here is some good news to make your life a bit happier.

“An analysis of satellite derived shoreline data indicates that 24% of the world’s sandy beaches are eroding at rates exceeding 0.5m/yr. while 28% are accreting (getting bigger) and 48% are stable.” Beachgoers rejoice! As an aside, it has also been reported that some of the beaches on the east coast of Florida have been eroding and occasionally need replenishing (some of them were artificial to begin with, like much of Miami Beach) while, at the same time, a number of the beaches on the West Coast of Florida have been getting wider. 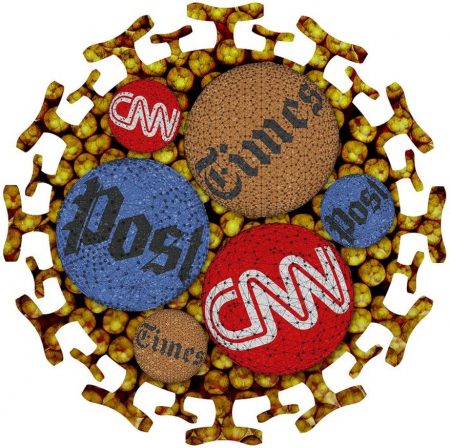 But there is even better and more useful good news — the world may not experience much of the annual winter flu this year. A reporter by the name of Ross Clark writes: “A paper in the Lancet, led by the Medical Research Institute of New Zealand, analyses this year’s influenza season — and observes that it is virtually non-existent.” (Remember the Southern Hemisphere winter season precedes the Northern Hemisphere by six months.)

Australia has registered only 36 flu deaths this year, compared to 812 flu deaths at this stage last year. There have been 905 COVID-19 deaths — so, at this point, it appears that the COVID deaths have been offset by the decrease in flu deaths. Other southern hemisphere countries provide similar evidence, with Chile only reporting 12 cases of the flu. It is likely that social distancing and increased hygiene are part of the reason for the decline of the flu and, if so, there is good reason to be optimistic about the coming Northern Hemisphere flu season.

More good news. Fake news companies are likely to receive well-deserved comeuppance over the next couple of years, regardless of whether Joe Biden or Donald Trump is elected.

First, some background. Fake news usually consists of important stories not covered or stories warped in their coverage. The biggest and very important news story of the last couple of weeks has been all of the new evidence of serious crimes committed by the Biden family, including Joe Biden. There are credible first-hand witnesses, laptops, tapes, thumb drives, and legal and other documents — yet major newspapers like The New York Times and The Washington Post, as well as most of the major TV networks, have not covered it, with the excuse that it has not “been verified.”

This is just plain news suppression. The other form of fake news is to distort reality. The fake news crowd does not like President Trump so they go after Amy Coney Barrett and publicized the absurd charge that, because she and her husband did the humanitarian act of adopting two Black children from Haiti, they were engaged in “cultural appropriation.”

It is widely believed that the fake news companies have more of a monopoly than they really do. Yes, they control most of the major print media, but not all, and in fact the largest and most prestigious newspaper in the country, The Wall Street Journal, keeps an iron wall between its news and editorial operations. The fake news operators control most of the cable and broadcast channels, but the most watched cable news channel is Fox News.

Last Tuesday, Tucker Carlson Tonight on Fox News had more viewers than his competitors combined. ABC, NBC, CBS and CNN divide up the liberal audience, while giving the conservatives all to Fox News — which is stupid from a business profit strategy.

There are some others, like NewsMax and OAN, that are trying to grab some of Fox’s market by giving a conservative tilt to their offerings. Most people get their local news from local stations (which are often ABC, CBS, NBC and Fox affiliates) that have their own editorial policies and leanings. Conservative-leaning Sinclair Broadcasting owns more local stations than any other company. And talk radio has audiences far larger than broadcast or cable TV and is predominately conservative.

Mr. Trump is a showman for good or bad — and he makes news and entertains. He has been a boon to the radio and TV news business. By contrast, Mr. Biden is boring. Where the world sees Mr. Trump 24/7, Mr. Biden is likely to be little seen or heard — a ratings downer if he wins. The mainstream media in trying to cover up Mr. Biden policy and ethical failures will only continue to lose audience to Fox. Fox will likely specialize in uncovering never-ending scandal in the Biden swamp — and that sells. If Mr. Trump wins, the mainstream media will continue to lose market share to Fox, as more and more of their viewers realize they have been lied to. The good news and safe prediction is that no matter who wins the election, many will lose their jobs in the fake news organizations.