Taking Aim at the Real Polluters How U.S. environmental groups collude with the Russians and Chinese

Two of the world’s biggest polluters are China and Russia. You would think that U.S. environmental groups would be major critics of these countries; yet, the reality is some take money from entities controlled by these governments and disseminate their propaganda.

Over the last several years, many articles have been written (several by yours truly) documenting how Russian groups funneled money into U.S. environmental organizations, which, in turn, was used to oppose fracking in the U.S. and the construction of new pipelines. Fracking and pipelines make the U.S. cleaner and also give us more energy independence at lower cost to U.S. consumers.

The Russians understandably fear the growth of the U.S. energy industry because it undermines their own (which accounts for 40 percent of their GDP). The environmental groups used the Russian monies to lobby against U.S. consumers and support their Democratic allies. Much of this took place while Robert Mueller was head of the FBI; and since government law enforcement agencies monitor foreign funds coming into the U.S., one wonders why the FBI was silent.

The Russian money was clearly used for political purposes; so, is Mr. Mueller going to give us a report on Russian funds that were used to influence the political process when he was in charge of preventing it? 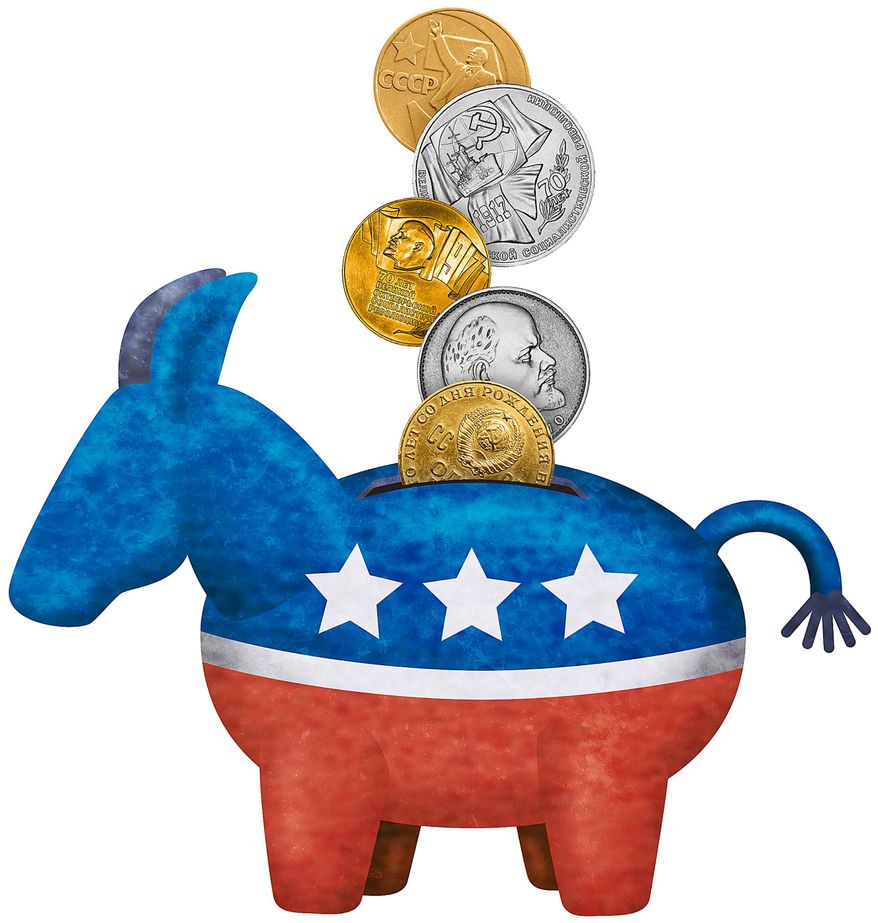 This past week, the chairman of the House Committee on Natural Resources and Chairman of the Subcommittee on Oversight and Investigations wrote a six-page letter to the president of a major environmental group — the Natural Resources Defense Council (NRDC) — asking for information regarding its relationship with the Chinese government. The letter noted; “While national discourse about undue foreign influence in the United States has largely centered around Russia, recent media accounts also highlight China’s ‘vast influence machine.’”

The letter also pointed out that the CIA and FBI “report that China imposes stipulations on financial support to academic institutions, think tanks, and non-profits in the United States to ‘reward pro-China viewpoints’ and to discourage research or advocacy that would damage China’s global image or standing.”

There is concern “about the NRDC’s role in aiding China’s perception management efforts with respect to pollution control and its international standing of environmental issues in ways that may be detrimental to the United States.” “NRDC press releases, blog posts, and reports consistently praise the Chinese government’s environmental initiatives and promote the image of China as a global environmental leader.”

The letter goes on to make several other key points, including: “When engaging on environmental issues concerning China, the NRDC appears to practice self-censorship, issue selection bias, and generally refrains from criticizing Chinese officials. By contrast, the NRDC takes an adversarial approach to its advocacy practices in the United States. The disconnect between the NRDC’s role as ‘thought leader and trusted adviser to our partners in China’ and its approach to environmental advocacy in the United States is disconcerting.”

The letter details charges against the NRDC, including probable major violations of U.S. law in 33 footnotes, and requests extensive documentation regarding the NRDC China-related activities.

According to The New York Times’ June 8 article on the letter, officials of the NRDC denied they were “agents of influence,” but only cooperated with the Chinese — which at the minimum smacks of gross hypocrisy.

Environmental groups receive donations from not only domestic givers but also socialist-leaning foreign billionaires like George Soros and Russian government-related entities. This money, in turn, is used for policy advocacy operations, but also includes indirect support for favored Democratic politicians and opposition to Republican office holders and candidates. Much of this money is “dark money,” where the real sources are almost impossible to detect.

At the moment, some of these environmental groups have created phony organizations in Montana that appear to be supported by hunters and fishermen, but in fact are shills for groups that would undermine industries that are key to Montana’s future economic and job growth, such as the mining and forest products. Such issues are of legitimate local debate, but should not be funded from monies coming from foreign adversaries.

Back during the campaign, even then-Secretary Hillary Clinton spoke about “phony environmental groups” that “were funded by the Russians.” She should know, given the tens of millions of dollars that flowed from Russia into the Clinton Foundation and the pocket of her own campaign manager, John Podesta.

In March of this year, the House Committee on Science, Space and Technology produced a report on “Russian Attempts to Influence U.S. Domestic Energy Markets by Exploiting Social Media.” The committee acquired many documents from American social media companies that “confirmed that Russian agents were exploiting American social media platforms in an effort to disrupt domestic energy markets, suppress research and development of fossil-fuels, and stymie efforts to expand the use of natural gas.”

The real political collusion scandal is that the Russians were funding environmental groups that were, in turn, supporting Democratic candidates. Where are the indictments?