The Return of Slavery

There are some plagues that mankind seems to be incapable of fully destroying. One of these plagues is slavery, which has existed since man moved from being a hunter-gatherer to agriculture. Slavery is the condition where an individual is deprived of much of the product he or she produces and often all or much of their property. The ancient Greeks held slaves. The Romans held slaves. The Chinese held slaves. The Ottoman Turks held slaves. Serfdom, a less restricted form of slavery, existed in Europe from the fall of Rome until it was finally abolished in Russia in 1861. The harsher forms of slavery existed in Europe and most of the rest of the world until the 19th century — when it was peacefully abolished in many countries, such as England, or through violent clashes, such as the U.S. Civil War.

By 1900, most of the “civilized” world had abolished slavery and serfdom. But then a more lethal variant emerged under the more benign names of socialism, fascism and communism. The implementation of these ideologies resulted in governments causing the deaths of somewhere between 100 and 200 million of their own citizens in the 20th century.

As in the 19th century, the peasants revolted, and late in the 20th century, those living in Eastern Europe and the former Soviet Union rose up and tossed off their yokes.

The peoples of the world had the opportunity to see the economic destruction, loss of personal liberty, and sheer misery that the various forms of slavery caused (including those called socialism or communism); yet, here we are, three decades after the fall of the Berlin Wall, with allegedly serious politicians calling for the re-imposition of socialism as if history had not happened.

Bernie Sanders and many of the other Democratic candidates for president have stated that “health care is a basic human right.” Where did this human right come from? Unlike passive rights, such as freedom of speech, assembly, religion, the press and so forth, the “right” to free health care, education, transportation, etc. imposes a non-negligible cost on others. The person or persons designated to work to pay the taxes to provide “free” health care for someone else, most often only submits as a result of coercion (we are going to seize your property and/or put you in jail if you do not pay up).

We are told that all of the “free” stuff being promised will be paid for by someone else who will have to pay a mere 70 percent in taxes. We are expected to ignore all of the evidence from around the world that people will go to great lengths — through either legal or illegal actions — to avoid paying such high rates. And that such high rates always result in less, not more, revenue for government over the long run. People everywhere object to becoming tax slaves. 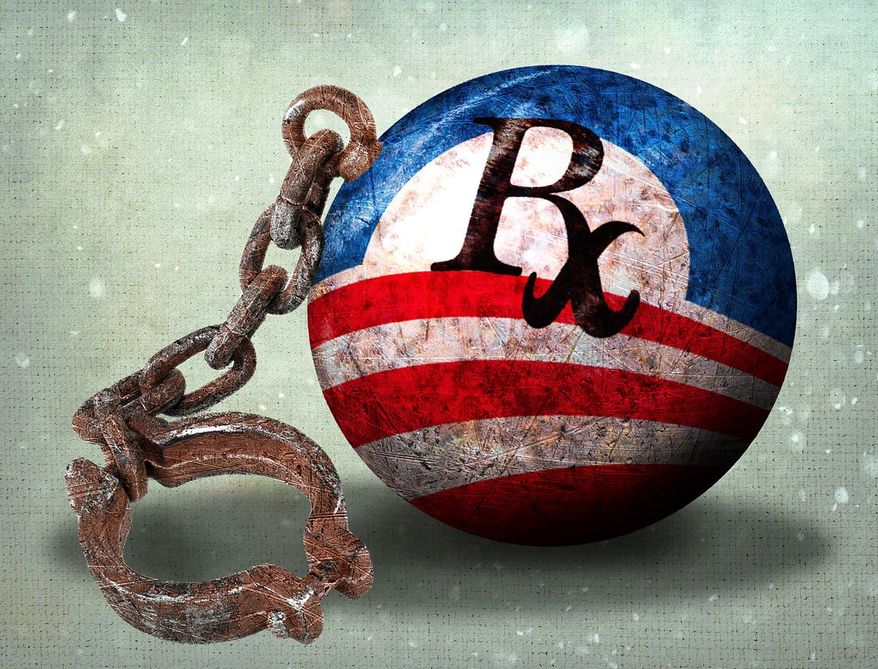 The Nordic countries are often given as the example of the world that Bernie Sanders and his fellow candidates wish to create. They overlook the fact that these small homogenous countries have lower per capita incomes than the United States. The Swedes also are less socialistic than many places in the United States with their universal voucher system for schools and their largely private pension system.

There is an almost unlimited demand for medical care, unlike for most goods and services. Therefore, demand must be rationed by price, form of treatment or queuing — there are no other options, — and the socialists have no answer for this problem. In the former Soviet Union, the masses were given greatly inferior medical care, with extensive queuing — while their socialist masters were given timely and somewhat better care. For those who had something really serious, Western doctors were the solution. Remember Fidel Castro using Spanish doctors despite all of the bragging about the Cuban medical system.

The Canadians, whose medical care is rationed by queuing, go to the United States for more timely and better treatments (90 percent of the Canadians live within 150 miles of the United States). The British have a national health care system that rations by queuing and form of treatment. There is a parallel private health care system for those who wish to pay for better and more timely treatments. The United States has a government-operated socialist health care system for veterans that has been plagued by cost overruns and poor treatment for decades, despite both Democrats and Republicans claiming they are going to clean up the mess — which never happens. How is extending a VA type system to everyone going to make things better?

The bottom line is that slavery destroys basic human liberty and was only economically viable in pre-industrial societies. Modern forms of slavery — whether we dress them up and put lipstick on them by calling them “democratic socialism” or whatever — require ever-increasing levels of coercion.

If more members of the press were better schooled in history and thus understood that socialism is just a variant of slavery, many those spouting socialist platitudes would be exposed for what they really are.